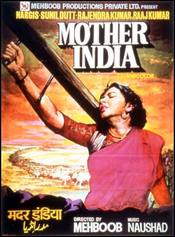 The Guardian‘s Michael Hann sees the "beginning of the end" of Bollywood in Actor Prepares, an acting school for aspiring Bollywood stars, located in Ealing, England. The school is a sign of the increasing globalization of the Bollywood brand, a process, Hann argues, that will destroy everything that is unique and appealing about the Bollywood cinema, at least for its British fans. Hann writes, "If Bollywood becomes self-conscious about its various cinematic formulae – including hammy acting, songs and extravagant scores – it risks losing its own appealing, if bizarre, cultural flavour."

For Hann, the Actor Prepares academy is indicative of this development because it will lend an air of legitimacy to film acting for Indian women. "Its long and illustrious history is peopled with gifted individuals who nonetheless suffered the stigma of a supposedly sleazy profession," Hann says. "Bollywood actresses, much like their counterparts on the English Victorian stage, have been looked down upon as women of dubious virtue."

But this only tells half of the story. Yes, in the early years of the Indian cinema actresses were stigmatized by their work on screen. In the 1920s, even prostitutes refused film roles, and the first major female star was an Australian named Mary Evans, who performed as Fearless Nadia in the 1930s and ’40s (interestingly, as an action hero). But after Independence the Indian cinema reflected the larger cultural divide between traditional Indian values and modernization. For Indian actresses this sometimes meant a wild discrepancy between their screen personas and their private lives, which were the subject of fervid tabloid interest. But even in their private lives female stars enjoyed far more latitude in their behavior than ordinary Indian woman. Nargis Dutt starred in the iconic nationalist film Mother India (1957) while conducting an open affair with her married producer. When that relationship collapsed, she married the actor who played her son in Mother India and, throughout the melodramas of her romantic life, maintained her sainted status as the filmic mother of India. Similarly, Smita Patil, the It Girl of the 1970s New Indian Cinema, was a heroine to India’s poor even as she slept with a variety of married men. Dubious virtue, then, was associated with modernization and the throwing off of the constraints of traditional culture.

However, as Bollywood changes to reflect a globalized Indian economy, it’s left behind, to a certain degree, the older cultural dichotomy. Aishwarya Bachchan represents the chaste new breed of polished, export-ready Indian actresses, but even she’s had problems creating a crossover market. A few international stars aside, the globalization of Bollywood faces some structural problems beyond cleaning up its image overseas. It’s worth noting, in view of Hann’s fears about Bollywood losing its tawdry soul, that when Hollywood globalized in the 1980s, it became more like itself, not less. The Indian cinema developed its cinematic formulae to market itself to a polyglot, multi-cultural nation almost as diverse as the global market itself. Besides, as Hollywood proves with every new issue of People and Us, dubious virtue sells.