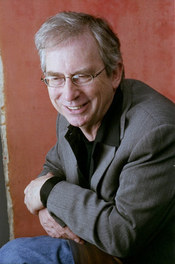 I have few rules about reading, but I do have a rule against reading novels either narrated by children or told from their point of view. Too often these narratives are melodramatic when they’re not trite as they labor to generate some poignancy as innocent childish eyes gaze upon the foibles and corruptions of the adult world. If, as someone once said, the title of every novel is "Lost Illusions," then the title of these novels should be "Third Grade Was the Best Time of My Life."

I don’t have a rule against reading novels set in the 1960s, but I am wary of them. In fiction and in film the 1960s are less a period in history than an alternate universe where all of our cultural and individual possibilities remain open. History has delivered us from the decade’s bad hair but never delivered the untrammeled self that the decade promised.

So I never should have given His Illegal Self a second look. It’s a 1960s novel (well, pretty much–the action takes place in the early 1970s) and it’s a child point of view narrative (again, pretty much–the focalization cuts back and forth between a child and an adult). But His Illegal Self is written by Peter Carey, for whom the loss of innocence is something exotic. The most alive characters in Carey’s fiction are the guilty ones.  Rather than being cast out from edenic nature, they are trapped within it. Neither work nor language offer an escape. His heroes are inarticulate petty thieves who pick off the detritus of civilization before escaping back to a febrile and half-rotted landscape at the furthest reaches of the known world.

The typical Carey hero in Illegal Self is Trevor, an illiterate orphan living in semi-tropical squalor in the Australian brush. He’s so determinately self-made he seems to have invented a hippy identity entirely independently of the rest of culture. By turns vaguely menacing and absent-mindedly nurturing, Trevor is a fascinating character to watch. When we first meet him he’s a leering drifter, but eventually he carves out an off-the-grid paradise, where he spends his days lounging around amongst his bountiful harvest of squash and root vegetables, secure in the knowledge that the global security apparatus can’t find him.

We observe Trevor through the eyes of Dial and Che, Americans who have landed in Australia for reasons that are never sufficiently explained. Che is the eight-year-old son of two high-level operatives in the Students for a Democratic Society. He’s been under the care of his Upper East Side grandmother almost since birth. Dial is hired to escort Che to his renegade mother in Philadelphia. For reasons apparently to do with his mother’s underground life, Che is told that Dial is his mother, and Che infers that she’s taking him to see his father. Many things go awry, and Dial never returns the boy to his grandmother, his legal guardian. The opening chapters of the novel are taunt and suspenseful, but the plot motivations are a bit blurry. After some twists and turns, Dial and Che end up in Australia, where Trevor picks them up on the road to some town no one would ever travel to.

Carey is Australian, so the sojourn to from 63rd Street to Down Under makes  sense on that level, at least. What the Australian setting lacks in narrative plausibility it more than makes up for in descriptive richness. The Queensland bush allows Carey to deploy a language replete with exotic symbolism. It’s a land of fierce ants and menacing vegetation, yet a single kitten is regarded by the locals as a threat to the continent’s entire ecosystem. Dial is thrust into this strange world with American dollars sewed into the hem of her skirt and an eight-year-old Park Avenue kidnap victim in tow. Dial is short for dialectic (a Harvard joke), and the Australia of Illegal Self seems to have eluded the historical dialectic. The hippies Dial and Che come to live among are sullen, paranoid refugees from modernity, protesting the Vietnam War by not shaving their legs and wearing natural fibers. Other than that, they have no apparent plans, nor are they conspicuously creatures of the Flower Power generation. Carey integrates period details with unusual skill. No one says groovy or call the police fascists any more than is strictly necessary.

The bulk of the novel concerns Dial and Che as they endure their time in this lush but hopeless landscape, waiting to return back to the United States. Che wants desperately to be reunited with his father, who is hiding out in the United States, so his time in Australia seems like an interlude, a means to an end. But Carey’s narrative voice works on the reader until seems to be a dead end, a brief walk on the wild side, turns out to be something unexpected. Che’s illegal self is his most adult self, and his story is the successful escape from childhood.