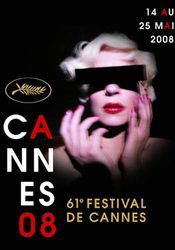 Everyone at this year’s Cannes Film Festival will be looking back at the days when art house cinema tried to change the world, and looking ahead to a tightening market for Cannes films. This year’s festival will screen some of the films that were canceled during the famous 1968 Cannes Film Festival, in which Jean-Luc Godard, François Truffaut, Louis Malle
and other directors disrupted screenings to show solidarity with rioting students and workers. The 61st edition of the festival is a strictly commercial affair, however, and times are not especially good for specialty films. On the eve of the festival Warner Brothers announced they were shutting down two of their specialty divisions, while others, like New Line Cinema, have much smaller acquisition budgets.

The American film industry is still paying the price for last fall’s bumper crop of well-made films. People are still going out to see specialty films. A mediocre film like Smart People has earned $9 million domestically. Juno, a vastly overrated film, has done very well. The problem is that except for films featuring plucky young women with amusing body image problems (Little Miss Sunshine is another), the audience for specialty films has remained more or less fixed in size.

It’s hard to place the gloom on the French Riviera in historical context. Over the past few years worldwide box office grosses have been up and down, mostly down. Music has been in the dumps for a while now, but the art market continues to do well. Even the perpetual sick man of the major media, the book business, is up this year.  Selling foreign-language and American independent films has never quite fit into the business model of Hollywood. The earliest American distributors of European cinematic modernism were the same people who produced and distributed 1950s science fiction films–a business created because early television didn’t have much programming for kids. Today every major studio has a specialty division or two. The current trend is to split the specialty market into two tiers: Oscar-bait films with budgets over $10 million and  national distribution deals, and films with budgets below $10 million that will have limited releases and shoestring budget marketing.

The first set of films compete for screens and eyeballs with the popcorn films, while the second set relies on the kindness of strangers. With the culling of the ranks of professional film critics, small-budget films rely more than ever on bloggers to spread the word. Unless somebody takes the care to explain why a Nuri Bilge Ceylan or a Lucrecia Martel film is worth seeing (and they are, by the way–take my word for it), even a well-intentioned movie goer has little to go on when choosing a film from a list of enigmatic titles. (Three sample titles from Ceylan: Distant, Climates, and Three Monkeys, the last of which is showing at Cannes this year.) Plus, you have to convince somebody else to go: Honey, let’s spend $80 on a babysitter and go see an Argentinian film called The Headless Woman. When you go to see a Spider-Man film or a Judd Apatow comedy, you know exactly how you’re going to feel during it. Sure, you earn a lot more cultural capital when you go see a foreign film, but only if you can pronounce the director’s name.

Unlike a book, which one person buys, movie tickets are sold in pairs. That means a less adventuresome audience. But we never choose movies innocently, and that’s especially true for films you see with the important people in your life. If you go to too many boring, predicable movies full of lots of noise but not much substance, you should start to ask yourself if you’re watching your own relationship replayed over and over again on a multiplex screen. That’s why Le Silence de Lorna, the latest feature from the kings of European miserablism, Jean-Pierre and Luc Dardenne, can be uplifting. But only if it finds an American distributor at Cannes.