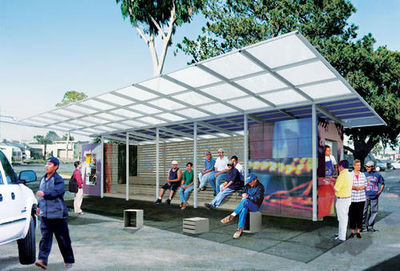 A friend of mine named Kamal once told me he was very careful about revealing to people he was an architect. When his condo board wanted to remodel the lobby, he offered his services and promptly landed in the middle of a fierce dispute over the placement of the mailboxes. An outside architect had been paid $800 to relocate the mailboxes, but some board members weren’t satisfied with the proposed location. They asked my friend to come up with his own proposal–for no fee at all. The board members who hired the architect insisted the first proposal was fine. This led to a long period of arguing and name calling with my friend caught in the middle, wishing he were a dentist. The mailboxes remain in their original place, and the condo association is out $800.

This experience is perhaps why there are initiatives like John Peterson’s Public Architecture: to reassure architects that it’s okay to get involved in other people’s business. The latest issue of Metropolis looks at some other design activism initiatives. The feature program is Peterson’s Public Architecture, which centers around his proposal to to have architects devote 1% of their time to pro bono work. (The photo above is

Public Architecture’s day-laborer station.) Public Architecture is a well-thought-out, useful initiative. Another good idea–so good it’s rather obvious, in fact–is to build affordable housing using prefab construction. Bryan Bell of Design Corps has devoted himself to solving the 2% problem: somebody somewhere came up with the statistic that only 2% of American homes are designed by architects. Bell says the actual number is higher, but clearly not high enough, for he’s also been advocating for design “for the other 90 percent.”

If these programs address clear needs within the architecture profession and the American housing industry, the mission of some other programs mentioned are at once more ambitious and less focused. One example is “asset-based design,” which is based on the premise that all other do-gooder building programs only help people who are “needy.” Asset-based design wants nothing to do with neediness. Instead, it works with communities that have “assets,” not in the normal sense of assets, like money, but rather “skills and capacities,” which is what needy communities have instead of money. Exactly which community skills and capacities would be relevant for architecture isn’t clear. The ability to throw really great block parties? But one thing is clear: a community can have no better asset than to be blessed with an architect. In these cases, it’s incumbent upon the architect to get involved in community design projects, and, in turn, the community to get involved in the design project, whether they like it or not. These sorts of community-based architecture projects always turn out well. Just ask my friend Kamal.