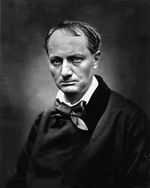 One evening a few weeks ago I was walking with my four-year-old son across a parking lot when he noticed that a full moon was shining upon us. Gazing up at the cloudless night sky, he explained, “The moon is going to break up into little pieces and the pieces fall into the water.” He claimed he had gotten this bit of cosmology from Handy Manny. I started to explain how the phases of the moon actually worked, but I realized that I’d forgotten exactly what made the moon wax and wane. I’d forgotten not because fifth grade science class was a long time ago, but because I had been relying less and less on rational explanations for the world around me. I’d lapsed into mythic consciousness.

Karl Marx once remarked that capitalism looks rational and orderly at a macro level, but the closer one got to the material practices of working people, the more irrational the system appears. Some people have blamed our current economic miseries on greedy and reckless Wall Street types, but that explanation doesn’t work any more. We’re all in the investor class, and Wall Street isn’t the only place that’s gone haywire. We’re left with the question: how does one trace a line from this VaR calculation to that laid off worker or that foreclosed house?

With no clear economic explanation for how misfortune falls upon one person in particular, we need to look elsewhere. Leibniz would say that the world is generally good, but maybe not so for one person in particular. A similar idea appears in Kafka. In his parable “Before the Law,” a man’s access to the law is barred by a doorkeeper, who keeps telling the man that admittance is “possible, but not at the moment.” This goes on for days until the man finally asks why no one else has asked for admittance to the law. The doorkeeper replies, “No one else could ever be admitted here, since this gate was made only for you. I am now going to shut it.”

The idea that opportunities are everywhere, but your opportunity has been infinitely deferred by a petty and malevolent force, is a Gnostic view of life, as Walter Benjamin noted. In Kafka’s stories, Benjamin observes, hope is reserved only for “the unfinished and the bunglers,” those people who “have not yet been completely released from the womb of nature.” Kafka’s unfinished people are messengers between the modern, rational world and the prehistoric, mythic world. The doorkeeper in “Before the Law” is the one of the half-finished creatures reminding us of what we should have known all along but were too fearful to work out for ourselves.

Kafka responded to the presence of irrationality with an accepting shrug. Baudelaire responded with rage. In Baudelaire’s poetry and prose, Benjamin writes, “The century surrounding him that otherwise seems to be flourishing and manifold, assumes the terrible appearance of a desert.” Baudelaire upset classicism’s harmonious relation between nature and art by conflating the natural and the human worlds with savage force. In a love poem to Jeanne Duval, a prostitute, Baudelaire writes,

Her polished eyes are made of charming jewels
And her strange, symbolic nature where
Inviolate angel mingles with ancient sphinx,

Where all is gold, steel, light and diamonds
There shines forever, like a useless star,
The cold majesty of the sterile woman.

Nature, the object of desire, myth, and commodities are all mixed up in a mad, spleen-filled parody of Keats. For Baudelaire anything could be beautiful or ugly, comforting or hostile, just as anything can be valuable or worthless in a market economy wildly fluctuating beyond anyone’s control. Under these circumstances, anything can become material for an allegory of what’s gone wrong.