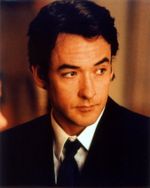 Now that we have a new president, everybody wants something from him: a job, a tax break, a working health care system, and so on. Some people have asked for a cabinet-level office of the arts and culture—a kind of arts czar. Obama seems to like czars and he had a poet read at his inaugural, so why not ask him for an arts czar?

Conservatives are dead set against a cabinet-level position for the arts, preferring to leave American culture in the hands of vigilante groups trying to get the Harry Potter books removed from local libraries. If you’re interested in hearing an utterly predictable argument against a cabinet-level arts official, David A. Smith has one in the Wall Street Journal. He argues that centralization isn’t the best or most efficient way to ensure the health of American arts and culture.

But what about the French, you might say. What about André Malraux, appointed by Charles de Gaulle as France’s first Minister of Culture? Or Jack Lang, who used his long tenure to introduce the French to déclassé cultural forms like graffiti art and television? True, the Minister of Culture has generally done more good (Lang’s Grands Travaux projects in Paris) than harm (the hapless Toubon Law, which is supposed to preserve the integrity of the French language), but for historical and political reasons, a Secretary of Culture wouldn’t be as effective in the United States. That may be just as well; progressive Democrats aren’t going to control the government forever, and eventually the position will be in the Gollum-like clutches of conservatives.

I have another idea: In the American fashion, let’s try out a culture czar before we institutionalize it. Let’s create a cabinet-level culture secretary for a four-year term, renewable for another four years if Obama is re-elected. Then let’s appoint John Cusack to the position.

Quincy Jones has been campaigning for the office, and he’d make an acceptable arts czar. But Cusack is younger and more artistically adventurous. He’s modest and sincere. He has Hollywood-level presentation skills without the Hollywood-level narcissism. He’s already a friend of Barack, so he’ll have the trust and confidence of the president. He’s from Chicago, so he won’t be beholden to the New York/LA culture industry.

And if Cusack doesn’t want the job, heck, I’ll do it.