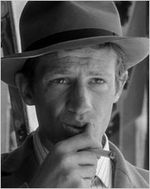 Despite the record January for box office receipts and a 13% increase in viewership for Sunday’s Oscar ceremony, the American film industry is contracting for reasons that have only partly to do with the recent economic downturn. The industry is being displaced as a dominant cultural practice, its exhibition infrastructure is aging, its economic model can’t be sustained indefinitely, its professional critics are losing their jobs, and DVD sales–the lifeblood of the industry in the past 10 years–have been steadily declining.

Now one of the most venerable parts of the American film industry is closing its doors. After 43 years New Yorker Films is going out of business, its incredibly important catalog of 400 films being sold off to pay off a loan. As anyone who ever taught film studies knows, New Yorker Films had the best selection of foreign and independent films of any distributor. Presumably we will still be able to see st and the other landmark films in its catalog, but the closing of New Yorker Films means that another distribution channel for quality international films has closed. Remember that Slumdog Millionaire was cut loose when Warner Brothers’ specialty division was closed, and the film nearly went direct to DVD, which would have made its ineligible for the Oscars.