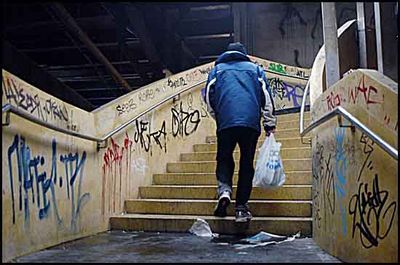 Stockholm is about to engage on a do-over of the Slussen, a traffic interchange in the central part of the city. The Slussen links two sections of the city, Gamla stan and Södermalm, across an isthmus (“slussen” means “lock” in Swedish) between Lake Mälaren and the Baltic Sea. The original Slussen project, completed in 1935, was the first attempt to impose order on the city’s transportation systems, which were squeezed together at the narrow point. At the time the Slussen project was considered an exemplary instance of Modernist urban planning. Streets swirled around each other, two major rail lines converged, and buses were directed underground. Everything worked.

The 1935 Slussen project was shaped by the optimism and egalitarianism of the ruling Social Democratics, a left-leaning party currently in decline, like its primary architectural legacy, the Slussen. The concrete has proven no more enduring than the party’s democratic socialism. Once a shining example of enlightened public spending, its tangle of transport lines a symbol of the equality amongst all the laboring classes, the Slussen is now a largely empty space, hostile to vehicular and pedestrian traffic alike.

This year five distinguished architecture firms have come to the rescue. Swedish architecture of the interwar period was known for its deft fusion of Modernist and traditional forms, but none of the proposals seem to accomplish this feat–which isn’t to say none of them are any good. The only Swedish architect invited to submit a proposal, Gert Wingardh, looks to Second Empire Paris rather than the Stockholm Exhibition of 1930, a landmark event in Swedish Modernism. The French architect Jean Nouvel looks to post-May 1968 Paris as he sweeps away the Slussen’s graffiti-scarred spaces, while the Danish firm BIG embraces the graffiti art aesthetic of the Internet age. Norman Foster apparently just wants to build some runways.

The proposals are available at the Slussen project site (there’s an English introduction, but the proposals are in Swedish) and in Nicolai Ouroussoff’s New York Times article. Ouroussoff sees the project as a competition between Nouvel’s attempt to bring some semblance of order onto urban chaos and BIG’s plan to enhance that same chaos. That’s a useful binary to understand urban planning issues, I suppose, but hardly the only operative one. I can think of two other ones particularly relevant to the Slussen and its social history: public versus private space, and the collective versus the individual. It’s not clear from the online material currently available how each design proposal addresses these binaries. The reconciliations between these binaries unraveled as the Depression-era concrete fell to pieces, so one hopes that something more enduring may come out of the current proposals.