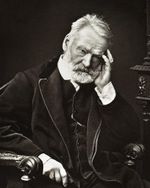 If one believes in the death of the book—I don’t—then its demise would seem to be hastened by the publishing industry’s current economic troubles, which, it should be noted, are relatively mild compared to some other industries I could name. Replacements for the book and its creator, the author, can be found everywhere. A Silicon Valley startup called Vook wants to blend fiction, video and Twitter streams into a multimedia platform for digital reading devices. The multimedia book will be too complex for a single author. Rather, books, or whatever, will be produced by teams of writers working like software coders—writers distributed across the globe working simultaneously to produce texts for online consumption.

if books become a digitized commodity, the money won’t be there to produce high-quality ones (and authors all become de facto volunteers). So then we’ll have pseudo-books instead—a cordoned-off collection of curated blog posts masquerading as timely books, distributed online to hand-held reading devices along the lines of Kindle or a netbook.

Whether or not Horning is right is one question. But it’s worth looking at the last great revolution in authorship and the text to determine how concerned we need to be about digital texts.

The entire publishing and periodical industry assumed its current form during the explosion in mass printing technology during the 1830s. The number of books sold in France increased tenfold during the decade. By mid-century French newspapers had over 200,000 subscribers. “The multiplication of readers is the multiplication of loaves,” declared Victor Hugo (above), and “factories of literature” such as Balzac, Dumas, Eugene Sue, and Hugo worked feverishly to meet the increased demand for words. In 1848 Dumas claimed his novels provided work for 8,160 people. Balzac worked 16 hours a day at his fiction, gulping 50 cups of coffee to keep himself going. Balzac himself noted, “We have products; we no longer have works.” Anticipating the Web 2.0 technologies that allow authors to sell their works directly to readers, Balzac hatched a scheme to sell his fiction directly to readers, bypassing publishers altogether. The plan didn’t get very far.

The greatest threat to the traditional publishing industry occurred when new periodicals emerged with a whole new business model: instead of relying on a small, cultured and well-heeled readership that could afford to pay high subscription fees, the new periodicals relied primarily on advertising fees for revenue. Because most periodicals of the time were aligned with one political faction or another, the ad-based periodicals turned to fiction for a more subtle form of polemics. Thus was born the serial novel and the feuilleton.

Serialized fiction in periodicals gave us the massive nineteenth-century novel (sometimes critical parts were left out of the serial version of a novel to encourage people to buy the book) and the short story. Travel writing also emerged as a major genre during this period, as did the regional novel in reaction to the largely urban fiction of the feuilletons.

Interestingly in light of our current concerns about the decline of criticism in our newspapers, the feuilletons were accused of destroying literary criticism. Circulation demands and editorial policies meant that critics had to conform to a particular political viewpoint or, at the very least, not anger the paper’s subscribers.

The result of the birth of the mass publishing industry in the 1830s was the golden age of the novel, as well as the author as popular culture hero. When Victor Hugo died in 1885, two million French citizens visited the Arc de Triomphe, where his body lied in state. The novel lost its pre-eminent position in popular culture with the emergence of competing technologies, including, as especially, the cinema. But the genre has also remained stuck in the same basic techno-industrial model as in Hugo’s day. Really, we would be lucky to have a new technology enable new factories of literature.