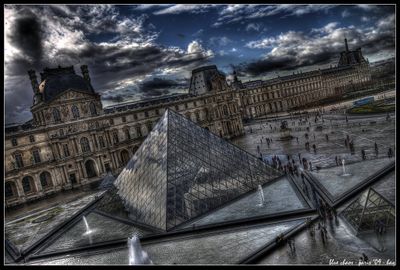 When he lived in Paris Walter Benjamin sometimes called it the Traumstadt, the Dream City, inspired by the Surrealist novels Nadja by Andre Breton and Paysan de Paris by Louis Aragon. The Surrealists, Benjamin proclaimed, constructed a “profane illumination” of the material world by unearthing a Paris that was at “the center of the world of things and the most dreamed-about object.” When Benjamin called the Arcades Project “a dialectical fairy scene” he was referring to the Surrealists’ dream world Paris as well as his own efforts to awaken Parisians (and everybody else) to the revolutionary potential locked up in their most cherished, dreamed-about objects. 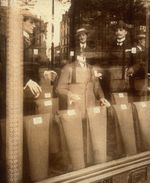 Surrealism is best known through its painters, but novelists, poets and photographers also played a part in the movement. Even photographers who didn’t see themselves as Surrealists were appropriated for the movement. Eugène Atget, a modest chronicler of late nineteenth-century and early twentieth-century Parisian street life, was a favorite of Man Ray. (Atget’s Avenue des Gobelins [1927] is at left.)

This tradition of a Surreal Paris in photography continues in a page put together by Fabio Sasso, a graphic designer from Porto Alegre, Brazil. The photographs he’s assembled, such as the one above taken by Hasan Qaraqish, have the dreamy retro look of magazine advertisements for financial services and German sedans. In fact, the more intricate the product the more likely it will feature a photograph with ambiguous temporality. These photographs are of memories one had yet to have. The City of Light is askew, retouched in non-natural ways. It’s neither the tourist Paris nor the workaday Paris, but a city revealing its hidden side for a privileged, isolated consciousness. In Sasso’s collection of photographs we glimpse the city from a disembodied point of view, like a dreamer floating in a Chagall painting or an ad for the Magellan Funds.