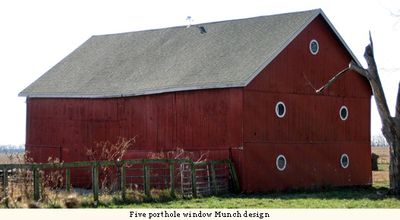 Landmarks Illinois issued its Ten Most Endangered Historic Places in Illinois for 2009. Most “ten most endangered places” lists tend to be urban in focus, but this list includes only two Chicago landmarks, Prentice Women’s Hospital and the Michael Reese Hospital Campus. (I’ve written about Prentice here and the MRH here and here.) There’s also “A Special 11th Designation” for the Chicago Landmarks Ordinance, which was recently struck down by a state appellate court, but the ruling is currently under appeal.

The two hospital buildings aside, the Landmarks Illinois list includes buildings that are icons of small town American life. Some represent vanishing building types once common in Midwestern towns. There’s the Greek
Revival Shawneetown Bank, built in 1839–just as the country was recovering from the Panic of 1837, which was a major financial crisis not unlike the one we’re going through now. Canton is trying to hang on to its 1915 pharmacy, with its original soda fountain still intact–a bar for teetotalers. There’s a Masonic Temple in Aurora, a crumbling memorial to the time when men gathered together to improve their communities rather than to advance their own careers, as professional organizations do now.

The list also includes two reminders that the relative isolation of rural Midwestern life sometimes fostered eccentricity. In the 1870s a shipbuilder named Joe
Minch migrated to Greene County and made a living building barns with portholes in them. There’s a round auditorium in Shelbyville built in 1903 for the Chautauqua Movement, a now forgotten organization (well, except on Wikipedia, which forgets nothing) that promoted education and entertainment through communal events.

And no list of endangered Illinois buildings would be complete without some reference to Abraham Lincoln. The Archer House (1841) was a hotel built by a colleague of Lincoln’s, and the future president spent the night there whenever he had legal business in the Clark County
Courthouse. The hotel was in continuous operation as a hotel for 164 years, the building is worn out. It’s been empty since 2005. It awaits a buyer with some restoration skills.