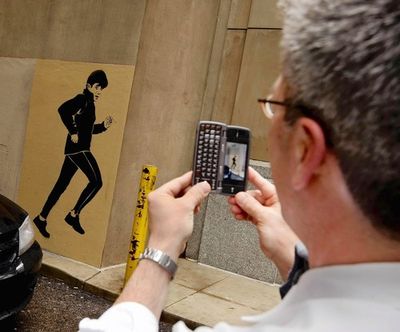 You have to hand it to Rod Blagojevich: he’s having quite a post-public service career: a book contract, an audition for a reality TV series, and now graffiti art. Someone has been painting his image with a black graffiti stencil on at least a half dozens surfaces throughout Chicago. The images have an impish craft to them, drawing comparisons to Banksy. They refer to that uneasy period between his arrest and his removal from office when all Blago did was jog and appear on network talk shows.

Of course, all this fun could come to a swift end if Blagojevich is convicted in federal court on multiple corruption charges. No more books or TV appearances. Just graffiti art of Blago running around a prison exercise yard.