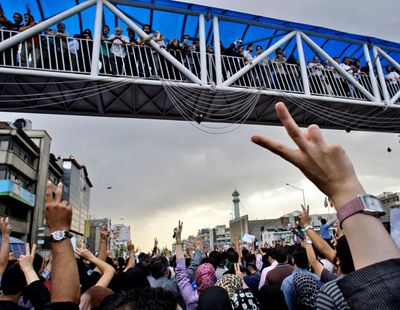 This just in from the Tehran Times:

TEHRAN – Supreme Leader of the Islamic Revolution Ayatollah Seyyed Ali Khamenei has said the unprecedented turnout for Friday’s presidential election was a miracle.

The other top story in the Iranian capital:

Evidently the Tehran Times reporters on their way to investigate the reports that Basij militia forces opened fire on a rally for Iranian opposition leader Mir Hossein Mousavi were held up in traffic. And the culture desk reporters decided an academic panel on a Jewish American writer and filmmaker was more significant than the Mousavi supporters shouting “God is great! Death to the dictator!” from the rooftops of Tehran, just as protesters did at the beginning of the 1979 revolution.