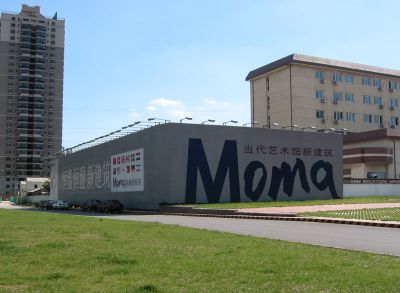 The events of the past couple of weeks in Tehran reminds us that however much urbanism has changed, cities are still the incubators of revolutions.

Now that we’re pausing for breath in our rush to remake the planet into a giant generic city, many people are thinking about what kinds of buildings and cities we want to inhabit in the future. The latest issue of Triple Canopy, “Urbanisms: Model Cities,” examines the state of our cities right now at the end of a long period of expansion in global finance.

According to the editors, we’re now in a position to see the decade-long real estate boom for what it really was: “an agreeable daydream—of what could be bought, what could be built, and what could be justified.” Now that the credit lines have closed and the jackhammers silenced, we’re left with little more than “scaffolded remainders of hallucinated wealth.”

We’re also at a point at which urbanism as a concept has expanded to include “informatics and third-world slums, modular megachurches and modernist office towers, master-planned eco-cities in the American Southwest and midtown-Manhattan-themed condos atop the rubble of old Beijing.”

This is a good place to begin in an assessment of urbanism as it has developed during the last twenty years: the confluence of the abstractions of global capital and the concrete particularity of cities. Two articles taken together illustrate the theme. Angie Waller looks for a condo in a development in Beijing called Moma, named for the New York museum in the half-informed, free-associative manner of real estate developers. (That’s her photograph above.) Jules and Romy Treneer tour an enclave of Chinese immigrants in the Sedaine-Popincourt neighborhood of Paris. The neighborhood has become a monoactivité, a site in which diverse economic activity has collapsed into a single one, in this case a collection of small textile shops with strange names like the Pull & Sweat Station. The shops are driving longtime neighborhood residents crazy.