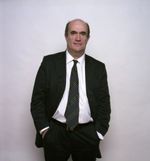 is set in a run-down place
during run-down times. The novel tells the story of Eilis Lacey, a young woman
living in a small town in south-east Ireland in the 1950s. The novel has all
the elements of a story of youthful restlessness, but Eilis is actually rather
well suited for a life of limited prospects. She’s stubbornly decent and
without any visible trace of personality. However, she has a head for numbers,
which, in her wind-swept town, qualifies her as something of a genius.

Enter Father Flood, delivered by divine provenance from
Brooklyn Heights to Enniscorthy. Eilis has a part-time job as a clerk in a
small shop run by the wickedly prim Nelly Kelly. Father Flood sees a smart
young woman in a tiny shop and dares to dream big: he imagines a smart young
woman in a much bigger shop. He promises to arrange passage to Brooklyn, where
Eilis can work in a department store.

Characteristically, Eilis recoils at the notion. Surely her
more glamorous and prettier sister Rose—the Katharine Hepburn of Wexford—would
be a better candidate for immigration. Indeed, throughout the novel there’s a
feeling that the wrong woman ended up in Brooklyn. Little outbursts of life go
off around Eilis like firecrackers, but Eilis is a passive vessel for
others’ designs. Really, the woman who should have gone to Brooklyn was Isabel
Archer.

This under-dramatized world goes against type. No rollicking
drunks, no squalor—this isn’t Far and Away. Eilis was born and will die in the
petit bourgeoisie. The flatness of her world is reflected in Tóibín’s prose,
which can sometimes work itself up into small fits of bitterness, but otherwise
remains spare, each sentence wrapped in a brown paper bag.

She was nobody [in Brooklyn]. It was not just that she
had no friends and family; it was rather that she was a ghost in this room, in
the streets on the way to work, on the shop floor. Nothing meant anything . . .
. Nothing here was part of her. It was false, empty, she thought. She closed
her eyes and tried to think, as she had so many times in her life, of something
she was looking forward to, but there was nothing. Not the slightest thing. Not
even Sunday.

This small world contracts even further when Rose dies
suddenly, compelling Eilis to return to Enniscorthy. In this last section of
the novel Tóibín picks up the narrative pace, injecting some dramatic tension
that the Brooklyn scenes often lack. Eventually, the sense that the wrong
woman was sent overseas begins to resolve itself. Rose’s death frees Eilis to
choose her own destiny.

Just as the action alternates between the Old World and the
New, Brooklyn alternates between Henry James and William Trevor, between
psychological nuance and dogged realism. The novel gradually builds in power,
like a James novel, yet remains true to its characters’ modest virtues.
Supposedly, Brooklyn was to be Tóibín’s Atonement, but instead it is closer to
McEwan’s On Chesil Beach. Brooklyn could end up a really good Terence Davies
film, or be remembered as something William Trevor could have written had he a
touch more talent.