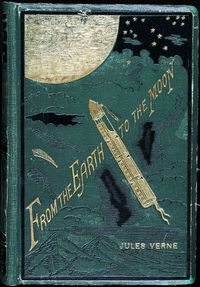 Ted Gioia argues that sci-fi reached its high-water mark during the 1969 Apollo 11 mission to the moon, when the predictions of “the ABCs of sci-fi (Asimov, Bradbury, Clarke)” came true. However, when NASA never got around to taking the next step, a mission to Mars, all of the glamour drained away from the American space program and science fiction alike. “How could these same writers adapt to a world where rockets and astronauts had lost their luster?” Gioia asks. “The authors, for the most part, stuck to their favorite plots of space exploration, but the stories rarely had the same pizzazz as before.”

I wouldn’t venture to guess about the current state of sci-fi as a popular culture genre, as opposed to just a literary one. One moment when everything crystallized will always seem more vital and meaningful than the dispersed practices of the current time. Gioia refers only to literary sci-fi and its powers of prognostication. Much of the genre’s claim to literariness rested in its ability to be six or seven steps ahead of history.

If sci-fi writers failed to predict that space travel would be turned over to bureaucrats, sci-fi writers also failed to predict that their own genre would be turned over to giant entertainment conglomerates. Amazing Stories had a peak circulation of 50,000 in the mid-1960s, but that’s small change compared to contemporary Hollywood space epics. The latest installment of the Star Trek series grossed nearly $378 million worldwide. As a popular culture genre, sci-fi is a big business, but few would claim that Star Trek or Star Wars can tell us anything about how we will live in the future. Sci-fi has gotten out of the prognostication business.

When Neil Armstrong walked on the moon on July 21, 1969, science fiction went legitimate, at least for a moment. To my mind, however, that event spelled the beginning of the end of literary sci-fi, not the disappointed expectations that followed. Part of the genre’s appeal, it seems to me, is its vaguely louche, outsider quality. Every sci-fi novel says to its reader, “You and I know things could be better, but everyone else is too stupid to realize it.” Meanwhile, after 1969 the rest of us said to the sci-fi crowd, “So we walked on the moon, but nothing really changed back on earth. What else do you have for us?”