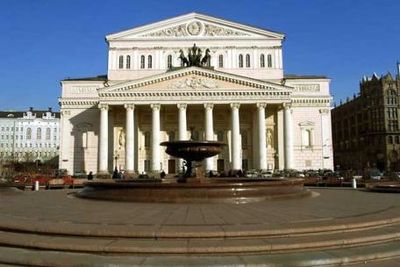 As any urban neighborhood preservationist knows, teardowns aren’t just a suburban plague; they happen in the city, too. Every city has at least one gaping wound in its skyline, an architectural masterpiece demolished to build something mediocre but more profitable.

Few cities have experienced the feverish demolition that Moscow has seen since Yury Luzhkov was first elected its mayor in 2002. Luzhkov looked the other way while developers botched renovation efforts, neglected priceless historical structures, and demolished anything in their way. In return everyone else looked the other way while Luzhkov’s wife, Yelena Baturina, became Russia’s richest woman redeveloping huge swaths of the city.

No building type has been spared: everything from the oldest wooden structure in the city through its grand 19th-century palaces to the masterpieces (if that’s the right word) of Stalinist architecture. Moscow’s trove of Constructivist buildings is especially endangered. For instance, the Narkomfin, a pioneering experiment in communal living, continues to decay as renovation plans are repeatedly postponed. The Bolshoi Theater (above), one of Moscow’s most famous landmarks, is closed indefinitely for renovations. Even in the few instances when developers have bothered to pay lip service to the past, they’re created architectural cartoons the art historian Anna Bronovitskaya dismisses as a “theme park” approach to the past.

Resistance of a kind has come from the Moscow Architecture Preservation Society, a group of Russian and international activists, but they are ignored. There’s virtually no penalty for violating building codes and preservation rules. Developers rarely present intelligible plans to the public for review. The economic slump has hampered the most ravenous real estate moguls,but it has also caused restoration funds to dry up. And the problem isn’t limited to Moscow. St. Petersburg’s elegant 18th-century historic core survived a revolution, a terrible world war, and years of Communist rule. It’s chances of surviving capitalism appear to be growing smaller by the day.