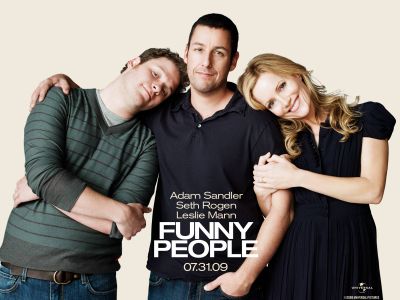 I’ve become convinced that whenever someone complains about the banality/mendacity/mediocrity/immaturity of Hollywood, they’re really talking about something else. Such is the case with yesterday’s article by A.O. Scott entitled “Open Wide–Spoon Fed Cinema.” He growls, “Mewling, incontinent little bundles of id with dirty minds and mouths–that’s pretty much what the major studios think of us.” For a film critic this sort of complaint is like spitting in the wind, especially in August.

I won’t speculate about Scott’s deeper motivation for writing the article, but I can certainly understand his impatience and frustration with the cinema, that most exasperating of obsessions. I’ve felt it too plenty of times. In one interesting passage, Scott compares moviegoers to babies. “What kind of person constantly demands something new and yet always
wants the same thing?” he asks. “A child of course. From toddlerhood we are fluent
in the pop-cultural consumerist idiom: Again! More! Another one!” Scott claims studios are turning us into babies to keep us coming back for the same old junk as before. But I wonder if to be a cinephile is to be, in a sense, a baby.

This last weekend Lollapalooza was in Chicago, attracting roughly the same demographic as the summer blockbuster movie. Everyone I talked to or read–fans and critics alike–was satisfied with an experience that was every bit as predicable and familiar as anything going on in the multiplexes right now. So what’s the matter with Scott?

Our patterns of cultural consumption alternate between regression and openness. I couldn’t begin to count how many times I’ve heard the songs on the Clash’s London Calling, and I’ve owned a copy of it since it first came out. And now ‘m listening to Santigold and Ida Maria, who I heard for the first time when they appeared at Lollapalooza. When listening to music it’s easy to stick with the familiar for long stretches of time, so when you branch out into something new, it feels genuinely fresh, even if, in the grand scheme of things, it isn’t all that special or different. Santigold, for instance, may really just be recycled M.I.A., but I haven’t figured that out yet.

Film isn’t like that. Like novel readers, film lovers need a constant supply of the new. You can only fill in with 1940s film noir and early Godard for so long. Eventually you have to come up for air. That’s where the trouble starts. It’s possible to run through every worthwhile current release in a weekend, especially in summer. Then what? Look for clues that Judd Apatow is an auteur so you can watch his films with a clear conscience, I guess. Or gripe about the system that constantly lets you down, and which you can’t live without.