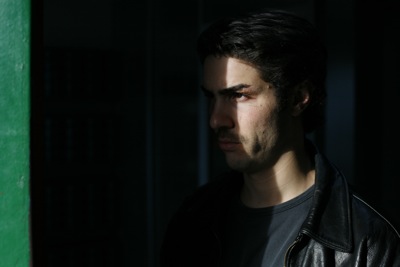 Think of the French prison system and the first image that comes to mind is Steve McQueen as Henri Charrière in Papillon (1973) eating bugs off the floor of his cell. The French prison system hasn’t improved much since then. Brutal prisons may have dubious punitive value, but they make for great films. Jacques Audiard’s Un Prophète (A Prophet) has garnered rave reviews and impressive domestic box office. The film has an American-style plot and French attention to cinematic detail, a combination that thrills French audiences enough to convince them that they’re gazing into the reality of their penal system in all its sordid misery.

The story centers in the American manner around an outsider who, through single-minded viciousness, thrives in the unreal atmosphere of prison. Audiard’s protagonist is an Arab tossed into a prison closely resembling Fleury-Mérogis, a symbol of French prison reform gone wrong,  for refusing to cooperate with police. Malik double-crosses the entrenched Corsican gangs in the prison and, after much vivid mayhem, prevails. American gangster films used to depict volatile ethnic types with a sociopolitical score to settle. This model is outdated in real American life. Conniving ruthlessness and overcompensation in a closed system is now the privilege of WASPy CEO’s. In France, however, this model is evidently still something of a revelation.

Malik isn’t a total innocent. His experiences on the French justice system unearth enough inner demons for a Camus character. He has enough existential rawness to internalize the teachings from his Corsican mentor to make every fight a confrontation with nothingness. His opponents, the Corsican mafiosos, are stuck in American gangster poses. Malik is free in that he has no bounds. This is what makes him so effective. He combines the inner nihilism and outer heroism of the Islamic terrorist, but with the infighting instincts of a bourgeoisie with an underdeveloped conscience. Audiard’s Un Prophète is, in some ways, like Laurent Cantet’s Entre les murs (The Class [2008]), in its depiction of an unassimilable other finally domesticated by its grudging acceptance of his or her own circumscribed existence.