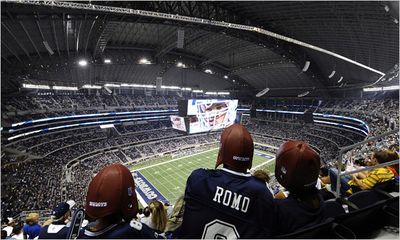 The cinema was the preeminent mass experience of the first half of the twentieth century, but architecture, according to Walter Benjamin, is also a mass experience, and a much older one. He argues in the Artwork essay that the cinema was designed to be received in a state of distraction. The same holds true for architecture. He writes, “Architecture has always represented the prototype of a work of art the reception of which is consumed by a collectivity in a state of distraction.”

Buildings, Benjamin says, are experienced through sight and touch. Both of these senses are susceptible to habituation, especially touch. Even the distracted experience of touch, Benjamin claims, can have “canonical value.” Historical changes in perception, such as the changes brought about by photography, are not disseminated by contemplation. New ways of perceiving become widespread only through habit. If a way of seeing can’t be appropriated through distraction, then it won’t last. It also won’t have any political importance.

Whether or not a distracted perception will have a transformative political importance is a different issue altogether. Take, for instance, Stereoscope's Project Blinkenlights in Toronto in October 2008, in which the Toronto City Hall was transformed into an interactive (through users’ iPhones) light show and video game. The technology was amazing, and more examples are on the way, no doubt. But did Project Blinkenlights make its viewers more involved citizens?

Large public buildings are becoming less tactile because of security concerns and swine flu hysteria. At the same time, they’re becoming more distracting, especially sports stadiums. The new Cowboys Stadium recalls the elephantine domes of the Sixties and Seventies. With its sprawling concourses, glassed-in suites, and trademark giant overhead monitor, the stadium offers almost limitless opportunities to make a Cowboy fan forget that the team hasn’t won a playoff game in 18 years. All the new sports stadiums built recently in the United States may offer better parking and more toilets than their processors, but they’ve made it more difficult to concentrate on the action on the field.

But what about architecture and reproducibility? More on that in my next post.