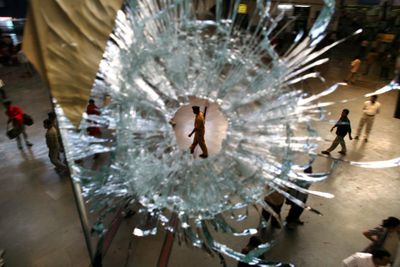 Today the Virginia Quarterly Review begins publishing a four-part account of the Mumbai terror attacks of November 2009, written by Jason Motlagh. The series begins with a bullet whizzing past the head of a snack bar manager at the Chhatrapati Shivaji Terminus, then continues with minute-by-minute chronicle of the chaos. Motlagh’s account, which runs to 19,000 words, was assembled from interviews with survivors, police records, transcripts of intercepted phone communications between the gunmen and their handlers, video from closed-circuit security cameras, and reports in the Indian media. In some ways his investigation was more thorough that the police’s. In at least one case, Motlagh uncovered a major witness that the Indian National Security Guards (NSG) had no idea existed.

Motlagh’s gripping report appears in the VQR blog all this week. It’s not a quick read, but the report is novelistic in its details and narrative thrust. It also demonstrates how difficult it is to construct a coherent account of a violent incident. Too bad the VQR article couldn’t be required reading for those people trying to gain political advantage from the tentative and partial accounts from last week’s Fort Hood incident.