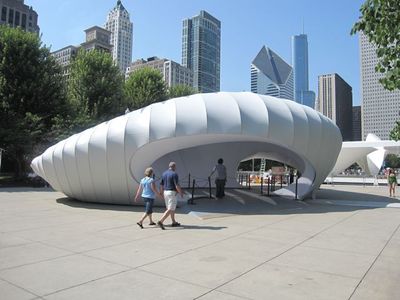 This was an annus horribilis. In a lot of ways, my year mirrored broader conditions: It started in anxiety and ended in a slow economic recovery, but it will be a long time before life starts to feel normal again.

I wish I could say that I read a novel or saw a movie that captured the year’s strangeness, its sense that things were changing, but not changing enough. This year saw the worst economic downturn since the Great Depression, and the only people thriving are the wrong ones: Goldman Sachs, Sarah Palin, and the Yankees.

What I remember most clearly about 2009 isn’t a film or a novel or a building, but an event. This summer the Iranian (near) revolution was by far the most compelling read of the year. I followed the events primarily through Twitter, especially Persiankiwi, which offered vivid and dramatic first-hand accounts of the uprising. I followed Persiankiwi as they reported the daily mass protests in the streets and the nightly allah akbars called out from the rooftops of Tehran. Opposition groups claim at least 72 people have been killed in the uprising, which is showing sign of re-intensifying. Persiankiwi, though, has fallen silent, and it’s hard not to fear the worst. They’ve not posted since June 24, when they signed off, apparently forever, with the chilling message, “Allah – you are the creator of all and all must return to you – Allah Akbar.”

The uprising in Iran was important for the same reasons Michel Foucault found the earlier Iranian revolution so compelling. The early stages of the 1978-79 revolution, before the ayatollahs swooped in and clamped down on the energies they released, demonstrated that genuine revolt was still possible, and that there were conditions under which people would risk death to resist. The demands of the Tehran students were touchingly modest: they simply wanted a free and fair election. Compared to their uprising, the tea party protesters and the health care forum shouters in the US seemed self-indulgent, ignorant, even cowardly.

Fortunately, the viciously aggrieved Right has problems of its own. They can believe whatever lunatic bullshit they want, but political power in this country still flows from the center out, and as the 2008 election demonstrated, the political center has moved away from the paranoid rustics that put George W. Bush into power.  Contemporary conservative discourse seems all the more empty because we have a president with a literary mind, the first since Kennedy. After closely examining Barack Obama’s Nobel acceptance speech, George Packer branded him “the negative-capability President,” which I took to be a complement.

Oddly enough, despite having a literary president (supposedly Obama read Netherland), this hasn’t been a very good year for American literature–or film, for that matter. First of all, everyone seemed too pre-occupied with speculation about how we will read in the future to pay much attention to what was actually available to read now. Personally, I seemed to keep choosing the wrong book to read. James Lasdun’s short story collection It’s Beginning to Hurt was perhaps the best fiction I read this year, but his diffident men were stuck in existential crises we should have left behind by now. I paged through a bunch of other novels without being particularly gripped by any of them. A few movies were vivid in the theater, but they didn’t stay with me once I left it. In the Loop and Up were in this category. Music? I liked some Ida Marie songs.

Maybe 2009 was simply a bad year for solitary pursuits. I enjoyed myself most in bright daylight in public space. The Burnham pavilions by Zaha Hadid and Ben van Berkel weren’t perfect, but they were imaginative. Renzo Piano and the Art Institute’s modern art curators got 99% of the details right in the Modern Wing. (Read about my visit here, here, and here.) All three of these buildings succeeded because they framed the past in new and compelling ways. Their missions were to arrest the past, to keep it from disappearing into a swirl of digits. In these building Modernism is a framing device in Baudelaire’s sense of capturing the fleeting and the contingent and making them into art. The past has to be held steady long enough for us to contemplate it, but without clouding it with nostalgia. That’s the only way we’re ever going to find normality again.