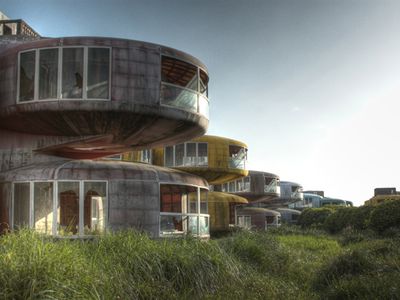 MAS Context has released its fourth issue, LIVING. In what appears to be a set format, the issue begins with a series of statistics concerning its theme. Most of the statistics point to global restlessness. We learn, for instance, that by 2050 70% of the world’s population will live in cities; in 1950, 29% did. Tokyo is still the world’s largest “urban agglomeration”; 33.8 million live in and around it, while 700 people live under Las Vegas in its storm sewers. Almost a quarter of the population of Shanghai–4.3 million–has no fixed abode. Worldwide, there are one billion squatters and 42 million forcibly displaced people. Seven hundred million people would rather live in a different country than the one they live in now.

I don’t know if I’m counted in that last figure, but if I could live in another country, I’d choose Italy. A few years ago contributor Maya Brittain moved from Chicago to the Veneto region. Initially her experience was “completely idealistic” in the Frances Mayes manner. Then she started noticing the newly constructed residential and commercial zones beyond her village’s medieval walls. Thirty years of rapid industrialization have transformed the Veneto, known for its exquisite Valpolicella and Prosecco wines, into a dun-colored exurban realm of tract housing, strips malls, and factories. An new form of segregation has emerged: working Italians are expelled from their ancient towns, which are given over to tourists. Inside the walls, no expense is spared scrubbing clean the picturesque buildings and piazzas; outside the walls, no one cares what happens. The irony is clear: living in one of the most beautiful regions in Europe, Brittain has to plead for urban planning reforms indistinguishable from those needed in suburbs across America.

An even worse mess can be found in Maracaibo, Venezuela, another industrial boomtown with growth problems. Gas in the nation’s second largest city is 12 cents a gallon, so it’s about the only thing no one will steal. The high crime rate–caused, according to authors Karla Sierralta and Brian Strawn, by the worst inflation rate in South America–has led to a Hummer architecture: many residents have constructed high walls around their already fortified homes just so they don’t get attacked while unloading groceries from their cars. The rich can afford higher walls pushed further away from their homes. Sierralta and Strawn refer to the secured zones where the rich live as “gated communities,” but they’re more like fortress communities. Yet, twenty-foot high walls don’t protect the wealthy from the city’s creaky infrastructure: a city of 1.9 million depends on a 1960s-era infrastructure built for a city of 450,000.

Maracaibo and the Veneto are historically poor regions that tripped and fell on the way to the future. If there’s a unifying theme to the LIVING issue, it’s a reminder of how many times people fail to imagine the future adequately. One of the  issue’s case studies looks at the UFO Houses project in Taipei, Taiwan. The residential development started in 1978 as a delightfully eccentric collection of pod houses. The project eventually failed for reasons that apparently had nothing to do with the silliness of the structures themselves.

At the opposite emotional end of a failed vision of the future is James Lockhart’s recollections of growing up in Chicago’s Cabrini Green public housing project. Now largely demolished, Cabrini Green was a constant reminder of the failed urban renewal efforts of the 1950s and 1960s. It may have been the most cognitively dissonant space in urban America. Cabrini Green’s population of 15,000 low-income residents lived next to Chicago’s most affluent district. “It always amazed me how I could walk down four blocks east from my building 365 W. Oak St. and can stand in front of Barneys New York or the Prada store,” he Lockhart tells Iker Gil, MAS Context’s editor. “How could we be so poor and be surrounded by so much wealth?” No one has ever been able to answer that question.

I don’t know if this was intentional or not, but the Cabrini Green feature is followed, in the PDF version of the issue, by a photo essay on Steven Holl’s Linked Hybrid Complex in Beijing. The arrangement is a bit startling, and definitely suggestive. Is Holl’s “Filmic urban public space” destined to become another urban failure?

MAS Context’s mix of thoughtful essays and striking images has always allowed for creative speculation. The LIVING issue is no exception. The issue could have benefitted from another round of copy editing, and the writing is occasionally uneven (at one point we’re told, “the land was sewn with erections”), but overall issue 4 is consistently imaginative: where else could you find a graphic novel featuring extraterrestrial architects?