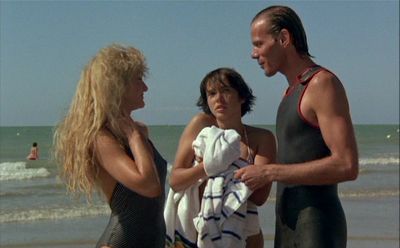 Eric Rohmer produced a body of work of almost stunning uniformity of subject matter and formal precision. Yet his striking consistency is as much a product of the situation of post-New Wave French filmmaking as it is the product of a single-minded intelligence. In this way his career serves as a model, and a cautionary tale, for contemporary independent filmmaking in any country with a major film industry.

After the commercial failure of his first feature, The Sign of Leo (1962), Rohmer spent several years in the filmic wilderness producing 16mm shorts. He returned to feature-length filmmaking with The Collector (1967) and My Night at Maud’s (1969). These films were the third and fourth of his contes moraux (moral, which is to say psychological, tales). These films were alternative in the sense that they featured characters who were obsessed with sex, and they were mainstream in that the characters mostly just talked about sex.

This formula allowed him to connect with audiences large enough to continue making films, if not large enough to get rich. His style hadn’t really changed from his 1962 New Wave film. All his films contained a strong sense of place and season rendered by unusually authentic location shooting. He liked to let his dialogue meander, perfect for allowing his middle class characters to dance around subjects they were reluctant to address directly. Despite the seemingly aimless course of his characters’ conversations, however, more than repression is going on. Idle conversation in Rohmer’s films is often a vehicle for power, as one character–in his early films, usually a male–tries to gain advantage over another.

Like several of his colleagues from the Cahiers du cinema circle, in the late 1960s Rohmer tried to move up in the film production business. The Marquise of O (1976), a big-budget costume drama, did well enough, but Perceval le Gallois (1979), the same type of film, bombed at the box office. Rohmer retreated to small-budget features, this time with a new series, Comedies and Proverbs. The second series covered pretty much the same ground as the first one, except more frequently from a woman’s point of view. Rohmer saved money by shooting in 16mm, in his former style. Consequently, some of his most popular theatrical releases like Pauline at the Beach (1983; still at top) and Summer (1986) tend to look washed out and distractingly low budget on DVDs. (Some careless digital transfers haven’t helped.) On the plus side, he lightened up the tone of his films, better integrating his French rationalism–a surprisingly rare quality among French filmmakers of his generation–with the moral dilemmas of his characters.

Best known for his plein air comedies, Rohmer actually wanted to make chamber dramas like The Marquise of O. The large budgets for these literary films meant compromises Rohmer wasn’t willing to make: bankable stars acting in familiar roles, lush production values, more titillating sexual display. Unlike his mentor Claude Chabrol, Rohmer never quite found the balance between studio production values and independent filmmaking expression. Rohmer’s career anticipated the creative arc of many later independent filmmakers, both in France and the US. He began with a scholarly bent (he wrote a book-length study of Hitchcock), made a splash with a highly original debut film, met with disaster when he tried to work within the mainstream production system, then fell back into distinctive but artistically repetitive filmmaking. Rohmer worked on the margins of his national film industry, earned lots of critical praise and a small but loyal audience, but never changed anything. He freed himself from the constraints of the studio system, only to find himself hemmed in by the constraints of the international art cinema market.