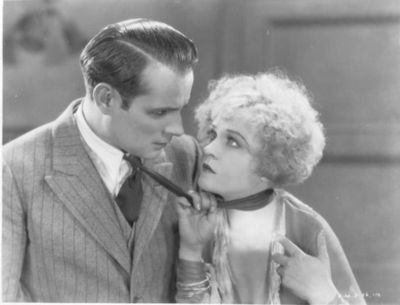 This edition of Fun Friday is a complete guide to your weekend activities, provided you can teleport back and forth between Chicago and New York.

Publishing Futures: Content, Context, and Emerging Formats: Tonight is the panel discussion that concludes the exhibit on the architectural zine movement of the 1990s at the University of Illinois at Chicago. The panel discussion takes place at 6:00 – 7:30 PM in room 1100 A+A at the  the UIC School of Architecture, 845 West Harrison Street. A reception will follow. The panelists will include MAS Context editor Iker Gil, Brendan Crain (Where), Penelope Dean (UIC), Marc Fischer (Temporary Services), and Jimenez Lai (UIC). More details are here.

By the way, the Out of Context event last Friday was terrific.

Speaking of alternative publishing, the online journal Triple Canopy is hosting some events in conjunction with Publication Studio, a print-on-demand publisher. POD is one of the underrated but most promising technologies transforming the publishing landscape. Tonight at 7 PM there will be a panel discussion entitled “”What is publication?” “What good are bookstores?” Speakers will include people currently involved with alternative and small press publishing, along with a guy who used to work for Enron. The event takes place at 177 Livingston, Brooklyn, NY. Admission is free; drinks are $1. As far as I know, they’re not holding a contest to guess the number of times someone says the word “iPad,” but they should.

On Saturday night, Triple Canopy and Publication Studio will throw a party starting at 8 PM at the same place. There will be a band, $5 drinks, lots of art, and, I’ll bet, the guy from Enron once more. More details here.

Sunday afternoon is supposed to be chilly (ah, April in Chicago), so why not spend the afternoon at the Music Box Theatre for a screening of the original 1927 film version of Chicago. (Yes, this is the same Chicago that was revived on Broadway in the 2000s and made into a film in 2002.) The silent film and the 1926 play upon which it was based helped establish Chicago’s reputation as a tough, gangster-ridden city. Cecil B. DeMille produced a sanitized version of Maurine Watkins’ play, but the film retains some of the raunchy spirit of its source, complete with wisecracking newspaper men and homicidal flappers. The bitterness of the dialogue comes through even in intertitles. “Listen, sister,” one character snaps, “you’re yesterday’s news and that’s deader than last year’s hat!”

Doors open at 1 PM. The West End Jazz Band starts playing a half hour later, and the screening commences at 2:15. For more information, read Michael Phillips’ blog or visit the Music Box site.