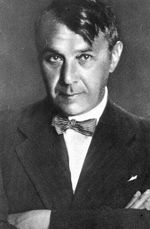 It is just after noon on Friday, September 1, 1899 in
Sárszeg, a provincial town in an insignificant corner of the fading
Austro-Hungarian Empire. Ákos
Vajkay retired some years ago to devote his days to genealogical research and
quaint questions of heraldry. His wife, know almost exclusively as Mother,
keeps house. Both are utterly enthralled with their daughter, nicknamed Skylark
because, at one time, she sang a pretty song.

, first published in 1924, newly translated by Richard Aczel. The week-long
microdrama centers around Skylark’s visit to relatives in the country. The
novel opens with her parents packing luggage as if Skylark is a duchess
departing for her summer home. The girl has never been away from home before,
and her parents are in a decorous panic. They’re so consumed with preparations
we don’t even meet the title character until her parents have stowed every
precious item in their daughter’s suitcase. While her parents fret, Skylark has
been sitting on a bench in the garden, crocheting a tablecloth and striking a
pose in the unlikely event that a passerby will admire her. For Skylark is
talentless, charmless, manipulative, hypochondriacal, and, most troubling of
all, profoundly ugly.

The little family sets off to the train station at the
center of town, and the scene is excruciating. So far we’ve learned that
Skylark is unattractive, immature (her exact age is never fixed) and something
of a brat, but once the family is in public space we understand the magnitude
of their shame. As the Vajkays pass the café in the central square, the
customers observe Skylark, “not disrespectfully, just the way they always did:
with a look of grey, benevolent sympathy, lined in red with a certain
malevolent pleasure.”

Only Ákos is aware of their stares. Skylark parades by in a
pink parasol and an “enormous hat with outmoded dark-green feathers.” We know
she’s ridiculous; we just don’t know if she realizes it. She be oblivious, she
may be bluffing. Either way it’s very sad.

With Skylark and her immense hat safely on the train, the
Vajkays slowly reintroduce themselves to the delights and diversions of
small-town society life. They eat at restaurants, reconnect with old friends,
attend the theater. Ákos spends an eventing with the Panther Club, which is
dedicated to “popularising the consumption of alcohol and promoting gentlemanly
friendship.”

The night out with his old drinking pals rescrambles Ákos’s
conscience, and he finally admits to himself that he despises his daughter,
that she’s a burden to him and his wife, that she’s she’ll never marry or cease
to embarrass them, that his nightmares of murdering her were closer to wish
fulfillment than he’d been willing to admit. He stands almost literally naked
before his wife with the full weight hatred and guilt, and discerns similar
feelings in her. Neither one, however, utters a word.

Soon afterward Skylark returns home. She has enjoyed her
trip, suffering through only a few teary breakdowns and a mild toothache. Her
life with her parents quickly returns to normal, bringing the novel to a close.
The life of the Vajkays, like their country, remains hopelessly landlocked.

Kosztolányi wrote from the margins of European modernism,
depicting a fragile community from which it is possible to express another
consciousness and another sensibility. The ugliest girl in town parading
through the center of town in a pink parasol is emblematic of Hungary as a
whole during the twilight of the empire. The townspeople laugh at her, but
they’re stuck in similar self-deceptions. Their town is a backwater, their town
elders decaying alcoholics. The theater in which they take so much pride is fourth
rate, barely above the level of a school play. The theater and the entire
social life of the town were  means
to forget that their homes were dark and cold, that electricity, gas, and coal
were expensive, that they owed last month’s rent for their lodgings in the
basement shared by co-tenants.

Ákos recognizes all of this, but he doesn’t have access to
the language to communicate these truths to anyone else, not even his
wife. Little wonder he takes refuge in his tiny study, leafing
through a volume of Iván Nagy’s great tome on Hungarian noble families. All of
Hungary was essentially doing the same thing.

And it continues to do so. Kosztolányi’s novel has
contemporary relevance after the massive electoral triumph of the right-wing
Fidesz party, a Magyar version of France’s National Front, in last Tuesday’s
elections in Hungary, which included the electoral breakthrough of the radical
nationalist Jobbik movement. The success of this backward-looking, chauvinist
party, which has gained seats in the Hungarian parliament for the first time,
suggests that zombie politics can potentially make a significant impact on
public life today. Unlike Western far-right parties, supporters of Jobbik are
not so much concerned about losing a way of life as they are with inventing one.
Throughout history, Hungarian nationalism has been thwarted by military defeats
and humiliations. The sense of loss that permeates the Hungarian national
consciousness has fostered a mood of bitter resentment towards the intangible
forces that frustrate the nation. In other words, Hungary is still burdened with its Skylark.