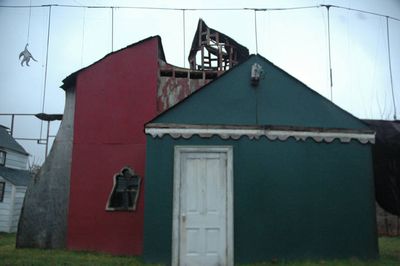 This has been a slow week on One-Way Street because of work commitments, but I’ve still been reading, viewing, and listening. Here are some suggestions for you for this weekend.

If you’re looking for something to do tonight in Chicago, join me at Lizard’s Liquid Lounge for the Purcells show. The band features my friend Dara Sahebjami on bass. The Purcells sound a bit like the Feelies or the Replacements. I lost Control opens the evening’s show at 9 PM, and the Purcells take the stage around 10. NB: Lizard’s Liquid Lounge is dog friendly, so bring your dog and ask the bartender for the house dog treats. My dog, alas, is getting too old for late nights out, so she will not be attending.

If you’re in New York, tomorrow night Brent Green’s Gravity Was Everywhere Back Then exhibit opens at the Andrew Edlin Gallery. (Sample images on top and at left) The exhibit coincides with the debut of his first feature-length film, of the same title, at the IFC Center in New York on May 7. Gravity tells the story of Leonard Wood, a Kentucky hardware-store clerk who converted his house into a vast “healing machine” for his terminally ill wife consisting of “hodgepodge of unimaginably tiered floors, vaulted ceilings, and twisted, heaving walls.” Imagine a cross between Zaha Hadid and Joseph Cornell and you’ve got the general idea. Green rebuilt Wood’s house for the exhibition and the film. The opening reception is tonight from 6 PM to 9 PM. 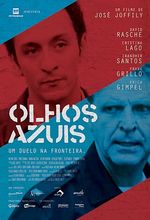 The 26th Annual Chicago Latino Film Festival opens tonight and continues through April 29. Tonight’s screening of Gerardo Tort’s Viaje Redondo (Round Trip, Mexico, 2010) is sold out. Tickets are still available for the highlight of the festival, José Joffily’s Olhos Azuis (Blue Eyes, Brazil, 2010). The film is about a US immigration officer at JFK who runs amok in a Fassbinder sort of way, setting off a series of events that ends in the death of a young Brazilian. The screening is Wednesday, April 28, 2010 at the AMC Loews Theater at 600 Michigan Avenue in Chicago. A reception, with music and cocktails, follows at nearby Texas de Brazil. More information here.

, which I will be writing about soon. The book I’m reading now: Jonathan Dee, The Privileges

, which I’m enjoying, but in pretty much the same way everyone else has, so I won’t write about it unless I have anything new to add. The book I want to read as soon as it’s translated: Abdo Khal, Spewing Sparks as Big as Castles, the winner of the 2010 International Prize for Arabic Fiction. Maya Jaggi talks to the Saudi novelist, who says, “What’s beautiful in Saudi Arabia is we have a society of readers. Because of years of preventing people from accessing books and information, there’s been a revolution in reading. People seek out authors whose work is unavailable. They feel you’re expressing their own thoughts.”