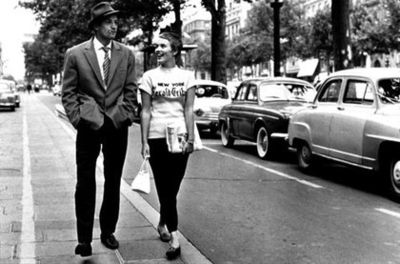 Meetings and chores for me as far as the eye can see, so for this week’s edition of Fun Friday, some short reads.

Carports, yet another gift from Frank Lloyd Wright, are coming back, reports PrairieMod. Among their benefits: they’re an excellent setting for beer pong.

The Toyota sign over the Wrigley Field bleachers won’t go away. Chicago Landmarks Commission approved the controversial Toyota ad that will loom over the left field bleachers like a century-long world championship drought. Thanks to the Cubs’ new “fan friendly” owners, the Ricketts family, Wrigley Field has surpassed Fenway Park as the world’s most expensive place to watch a baseball game. To gain approval from the Landmarks Commission the Cubs moved the gigantic Toyota ad a few feet forward so that it’s now considered an “interior feature” of the stadium. The sign didn’t shrink by an inch, though. As part of the Cubs’ efforts to maximize the revenue of every square inch of Wrigley, the team will soon sell the naming rights to Alfonso Soriano’s hop before he catches a fly ball, as well as to Aramis Ramirez striking out with the go ahead run in scoring position and Carlos Zambrano taking a bat to a Gatorade cooler.

Saul Austerlitz has a snazzy new website to support his latest book, Another Fine Mess: A History of American Film Comedy. A few years ago I spoke with Saul about his first book, Money for Nothing: A History of the Music Video from the Beatles to the White Stripes. Check back here soon for more on Another Fine Mess.

The latest issue of Film Comment looks at Breathless at 50, talks to Alain Resnais, and reviews the restored version of Metropolis.

Brent Green’s film Gravity Was Everywhere Back Then debuts at the IFC Center tonight and runs through May 14. For more on Green’s project, go here and read down a bit. For more on the IFC screening, go here. Green will attend the screenings tonight and tomorrow night.