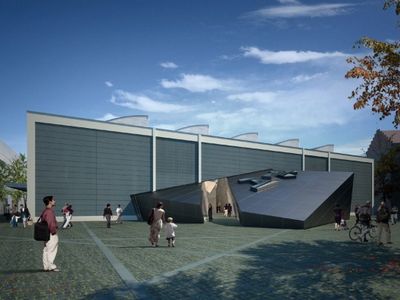 I don’t know the legal issues involved, but this looks bad: A giant Canadian mining company successfully blocked the publication of a book examining why most of the world’s biggest mining companies are registered in Canada. Lawyers for Barrick Gold, a Toronto-based mining company, sent letters Karl Siegler, head of Talonbooks, threatening legal action if the book was published. It’s not clear from this account if Barrick Gold had legitimate grounds for legal action or they were merely threatening a small publisher with death by a million interrogatories. At any rate, this case would make international headlines if it occurred in China, but because it happened in Canada, everybody yawns.

Stuart Evers, who must have the worst haircut in literary criticism, wonders “Where has political fiction gone?” This is a frequently asked question, particularly about current American fiction.  (My answer: it’s alive and well, you just have to know where, and how, to look.) Evers says political fiction is dead, then cites two recent novels “closely tuned to politics of the apolitical.” The first is a post-9/11 novel by David Goodwillie called American Subversive, which Evers calls “a taut, intelligent, deftly written novel of politics and identity.” The second is Glenn Beck’s forthcoming novel, originally entitled Four and a Half Years of Struggle against Lies, Stupidity and Cowardice, but later shortened to The Overton Window. Evers doesn’t care how good it is, nor should anyone else.

Jean-Luc Godard’s FILM SOCIALISME, which appeared at Cannes this week, although not in competition, will be available to stream on demand on May 18. Details here.

Daniel Libeskind returns to the scene of his first, and only, triumph to design the Jewish Museum Berlin Academy. (Image above.) Libeskind’s designs are looking more and more like he overturned a garbage can, but evidently the Jewish Museum directors have decided to start a collection of Libeskind buildings. Arch Daily, a blog consisting largely of press releases, has the details.

And finally, my favorite Tweet from this week’s 4G iPhone prototype thread came from the great William Gibson, who Tweets as @GreatDismal: “Mechanic found [a 4G iPhone prototype] blocking the exhaust of my friend’s Passat. Edges of case badly scratched, screen smeared with mauve lipstick.”