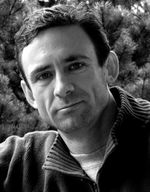 By now Chuck Palahniuk’s reputation as a transgressive novelist has been firmly established. However, confronting our norms year after year is harder than you might think. Palahniuk’s debut novel Fight Club (1996) became an instant classic of pop-culture dissent. Perhaps inevitably, later novels didn’t have quite the same impact. Invisible Monsters (1999) was widely praised, and Choke (2001) sold well, but neither had quite the visceral power of Fight Club. Palahniuk tried to ramp up the transgression in the violent Lullaby (2002), and Haunted (2005) featured a story (“Guts”) that caused people to faint when Palahniuk read it aloud. But by Snuff (2008), Palahniuk’s exploration of the transgressive novel as cultural protest had run into a dead end.

His next novel, Pygmy (2009), stated the problem this way: when America has become populated by media-obsessed zombies and obese hypocrites, when American culture has become little more than a means to circulate “filthy reek American cash money,” then what’s the point of trying to shock people any more? Why bother shocking people into recognizing “the fake … nature of everything,” as a character in Rant puts it, when people are too numb to shock? For the first time in a Palahnuik novel (as far as I can determine), Pygmy features an outsider figure who isn’t American. The antic little bug who serves as the hero and narrator, Agent 67, comes from an unnamed totalitarian country that closely resembles North Korea, where transgression is easy. (But not all the time: Pedro Juan Gutiérrez, who is a kind of Cuban Chuck Palahniuk, seems to be running out of ideas, judging by his latest novel

to be translated into English.)

, opens with a tag line preparing us for Palahniuk in his I-dare-you-to-read-this mode: “Boy meets girl. Boy gets girl. Boy kills girl?” But the novel is set in very uncharacteristic territory for Palahniuk. The exact date of the action is vague, but it takes place in Hollywood under the studio system and the Production Code. I’m surprised that Palahniuk didn’t choose Hollywood under its raucous pre-Code days. Fatty Arbuckle would be perfect for a Palahniuk novel. Anyway, Palahniuk has to behave himself in order to remain historically accurate, and for the most part he does.

Narrative voice is one of Palahniuk’s strong suits, and Tell-All is a mashup of breathless gossip column prose, complete with bold-faced names and Walter Winchellisms, and the icy voice of the narrator, Hazie Coogan, a life-long employee and caretaker of aging actress Katherine Kenton. There are oblique yet easily recognizable references to a number of Hollywood grand dame movies and actresses. Imagine Bette Davis wandering into Sunset Boulevard and you’ve got the idea. There’s also an explicit reference to a type of film Hollywood doesn’t make in the post-feminist era: the hidden woman film. I don’t want to get too specific lest I give away any critical plot elements, but think Letter from an Unknown Woman or Stella Dallas.

One of the running jokes of Tell-All concerns the parts Kenton has played during her long career: Mrs Ludvig van Beethoven, Mrs. King Arthur, Mrs. Claude Monet, Mrs. Count Dracula, just to name a few. Kenton may have been a paragon of wifely virtue on screen, but in her off-screen life she worked her way through five husbands, with one more in the works as the novel opens. Webster Carlton Westward III is madly in love with Kenton. He’s also about four decades younger. Hazie immediately becomes suspicious that the handsome young man wants to publish a “lie-ography” about Kenton. Hazie is fiercely protective of Miss Kathie, “the paragon I’ve designed.” Kenton owes her entire star persona, her entire career, to Hazie. So when Webster starts courting Kenton, Hazie is ready for him:

My work will not be distracted by some panting, clutching, brown-eyed male. I have not labored my entire lifetime to build a monument for idiot little boys to urinate against and knock down with their dirty hands.

Note that this is not the Palahniuk with whom we’re familiar, the writer who creates sentences that jab relentlessly at our sensibilities. To be sure, Palahniuk flashes some of his old bad-boy flourishes here and there. For instance, the descriptions of Webster and Katherine having sex are vintage Palahniuk, which is to say roguishly funny. For the most part, however, Palahniuk concentrates on telling the story of Webster and Hazie’s subtle battle for the heart and soul of an aging star. The rather old-fashioned appeal of the tale is actually enlivened by the novel’s wealth of cultural references, which add a post-modern energy to a historically remote story. You could spend a week on IMDB just looking up all the movie stars mentioned in Tell-All. One could object, I suppose, that none of the giants of the American cinema come to life in this novel, but I think it conveys a valid portrait of classical Hollywood: as a haze of names.

Compared to “Guts,” Tell-All is going to make for tame author readings. The Fight Club crowd is sure to be disappointed. But this is Palahniuk’s most mature novel. Tell-All offers what we’ve always liked about his novels in a story that’s sure to attract a larger audience. Palahniuk has found a way out of the closed loop of transgression for transgression’s sake and charted out new territory for himself. Until now he’s often been compared J.G. Ballard. It’s possible, starting with Tell-All, a more fitting comparison may be to Philip Roth, who established himself as a post-adolescent jokester before evolving into an imaginative chronicler  of American life.

Get Tell-All: The first five people to comment on the post will receive a free copy of Tell-All. You don’t need to leave your mailing address. I will contact you for shipping details. Sorry, US shipping only.