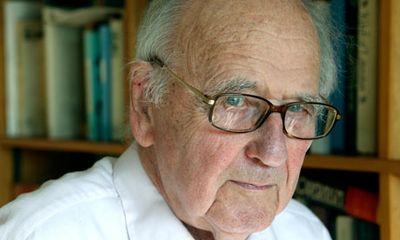 So far I’ve only found 4 obituaries marking Frank Kermode’s death at the age of 90. (The Guardian, The New York Times, The Washington Post, and The Telegraph.) By comparison, Tony Judt, a minor figure, received 16 major ones, at least by the count in Arts & Letters Daily. Kermode’s contribution to literary criticism deserves more recognition. He wrote extensively on Shakespeare and Romanticism, but no other work had as much impact as The Sense of an Ending: Studies in the Theory of Fiction

, which is among the most important works of literary criticism of the twentieth century. It’s one of those books you don’t have to read to be influenced by. Still, Kermode’s collection of lectures on the relationship of fiction to concepts of apocalyptic chaos and crisis is worth reading, if only as a model for critical prose. Among British critics only Tony Tanner could match Kermode for lucidity and insight. Generally regarded as a traditionalist–he was even knighted, as sure sign of establishment acceptance–Kermode helped introduce British literary criticism to Roland Barthes, Michel Foucault, Jacques Lacan and other French post-structuralists. If only all literary critics thought and wrote like Frank Kermode.