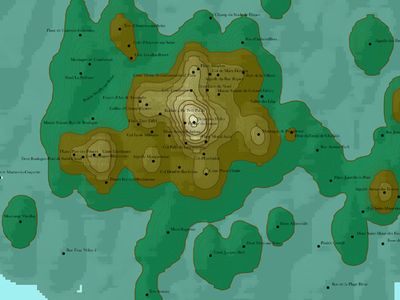 . The book chronicles a year in the life of a family that has a penguin delivered to their home every day. They don’t know who is sending them penguins or why. At first the penguins are fun, but after a week or so the penguins become a problem. To keep themselves sane the family tries various schemes to organize them, but each one breaks down as more penguins arrive. By New Years Eve the family has been chased from their house. The penguins have completely taken over. Finally, a relative arrives to explain he’s been sending the penguins as part of a plot to save the species. He takes away all of the penguins except a single blue-footed penguin, which the family adopts as a pet.

365 Penguins can be read as a parable about information and how we deal with it. A few pieces of information is fine, but what really want is the single blue-footed piece of data that fits into our lives. Instead, we get far more information than we can handle.

The latest issue of MAS Context explores the problem–and it’s mostly a problem–of information. Specifically, the contributors examine how to shape and categorize information, to visualize it and order it. In some cases, we learn that the problem of information is really some other kind of problem. Clay Shirky, for instance, points out that information overload has been with us since the invention of movable type, suggesting that a surfeit of information is essential to modernity itself. Shirky says all we need to do with information is properly filter it. Shirky’s proposition makes sense, although he doesn’t account for the countervailing tendency to constantly seek out new information.

According to Mimi Zeiger, at this point in time we’re less worried about the quantity of information than we’re worried about the forms in which it arrives. Marshall McLuhan held that new technologies disappear behind the content they deliver. This may have been true with mediums like television, but with digital technologies, Zeiger argues, people are focusing on content delivery vehicles to the point of fetishizing them. Zeiger says the debates about the decline of traditional media miss the point about what’s really happening.

Zeiger, Fukasawa, and Shirky all believe that information is ultimately manageable, that someone will eventually come and take away all the penguins. Other contributors to the INFORMATION issue look for the beauty in untrammeled data production. Iñigo Manglano-Ovalle has embarked on projects modeling extremely huge yet ephemeral objects such as a thunderstorm over the Midwest and a 50,000-year-old iceberg. He’s also modeled imaginary objects puffed up to huge proportions. In the latter case Manglano-Ovalle assembled photographs from Department of Defense and CIA documents to recreate–or create for the first time–the alleged mobile biological weapons labs in the Iraqi desert before the war, in what Manglano-Ovalle describes as “a faithful representation of what was from the start a fabrication.”

George Legrady’s career is longer than Manglano-Ovalle’s, but it has followed a similar path: moving from the reconstruction of phenomenal reality to modeling data. Currently Legrady is working on “Making Visible the Invisible,” which visualizes the circulation of books checking in and out of the Seattle Public Library’s collection. Legrady had to work with the library’s cranky IT department (all IT departments are cranky) to access data from the Dewey Decimal System, still the most effective means ever devised for dealing with information overload.

As elaborate as Legrady’s visualizations are–his project won’t be complete until 2014–he recognizes that data visualization is still in its early stages. He predicts that one day soon data visualization will inspire “the same type of highly active academic theoretical analysis that was brought to the photographic image in the 1980’s, exemplified by Roland Barthes’ articles such as ‘Rhetoric of the Image.'”

Legrady may be right, but as I was working on my contribution to MAS Context’s INFORMATION issue I wondered what data visualizations reveal about the world around us. Ubiquitous computing allows us to see the city like we’ve never be able to before. Until a couple of years ago city planners had access to data geolocated only to the level of zip code. Now they can pinpoint exactly where people congregate, allowing planners to see the effects of their designs much more precisely. Researchers are trying to make the same data sets available for individuals in order to create personal data maps of cities–in effect, to digitize the sensory overload of large urban centers. So far, however, data modeling has not yet bridged the gap between crowdsourced knowledge and one’s own idiosyncratic way of interacting with a city.

Dealing with the massive amounts of data we’re bombarded with every day is one of the central cultural challenges of our time, and Iker Gil and the editorial staff at MAS Context have hit upon a vitally important subject. The contributors all address, in one way or another, our ambivalent relationship towards information: we always want more, and yet we also long for the man to come and take it all away, leaving us with the one essential piece of information that will tie everything else together–to leave us with the one blue-footed penguin.