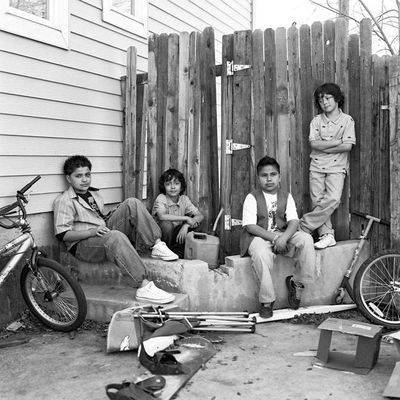 It’s Thespian weekend at the Prouty household. Tonight my son stars in a school play (“The Candy Crown”) in which he appears as a security guard–a breakthrough role for him, we believe–and tomorrow night we’re going to a party hosted by a friend whose house is being used in the filming of Steven Soderbergh’s Contagion, which is also using locations around my home town. According to the hostess, Matt Damon, who stars in the film, will appear at the party. I figure there’s a 5% chance he’ll actually show up.

Tomorrow marks the opening of How Wine Became Modern: Design + Wine 1976 at the the San Francisco Museum of Modern Art. 1976 was the year of the famous “Judgment of Paris” in which a California wine beat a French wine in a taste test for the first time, changing the world of wine forever. But before you go, read Judith H. Dobrzynski’s take on the exhibit. “Do we applaud [. . .] or think it’s pandering and pop culture (not art)?”

The online journal Triple Canopy has a new redesign for its 10th issue. Alas, its 177 Livingston facility in Brooklyn was shut down earlier this month. They’re hoping to find a new event space.

Guernica unearthed a previously unpublished interview with John Updike. The conversation took place in 2006, just as the Republicans were started to get chased out of government. Speaking of the double threats of terrorism and declining economic expectations, Updike comments, “We all are a little jittery.”

My sister-in-law Whitney Yeager has a photograph (top) in The Art of Photography Today 2 at the Camera Obscura Gallery in Denver. The show runs from December 10 through February 5th, 2011, with an opening reception on Friday December 10th from 5:30-8:30.

And finally, when asked whether you want paper or plastic, whatever you do, don’t chose plastic. Convenience will kill you.