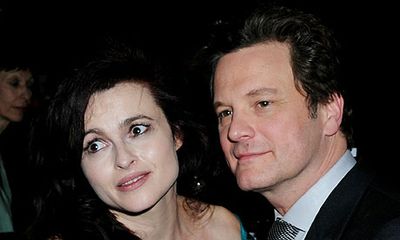 Going to the movies at this time of year can seem like a long exercise in guessing who will win an Oscar. Yes, Black Swan may be “extremely high-grade hokum,” but is it high enough grade to win an Oscar? (It goes without saying that hokum isn’t a disqualifying factor as far as Academy Awards are concerned.)

While Black Swan will represent the edgy melodrama constituency in the Academy Awards, The King’s Speech will be the token heritage film. Tom Hooper’s film won five awards, including best picture, at last night’s Biftas, which are a good predictor for the Baftas, which are a good predictor for the Oscars. (The Hurt Locker won two out of three.) Colin Firth appears to be a near certainty for a nomination because of his  performance as stammering King George VI, although the best performance during the ceremony award went to Helena Bonham Carter, who informed the audience that her boyfriend Tim Burton couldn’t attend because busy “pushing out a kidney stone.” She thanked him, though, for the roles he’s given her as “a chimpanzee and a queen with a big head.”

And don’t bother looking for a non-heritage British film like Kick-Ass to make it to the Oscars.