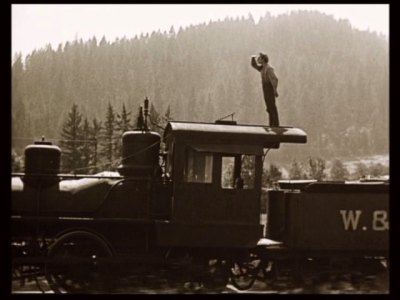 It’s surprising that no one has written a history of Hollywood comedy before Saul Austerlitz took it upon himself to create one. Another Fine Mess: A History of American Film Comedy

covers American film comedy from Charlie Chaplin through Judd Apatow, both of whom, interesting enough, rose to stardom through the mass production of film comedies. Each chapter in Austerlitz’s book covers a single figure or comedy team. Most of the figures are performers, although a few directors get their own chapters. There are also shorter entries on minor figures in American film comedy, such as Jim Jarmusch and Whit Stillman.

Austerlitz’s approach makes for a very readable tour through the history of American comedy on film. Austerlitz seems to have seen every motion picture comedy still in existence, including the films Harold Lloyd stumbled through trying to duplicate the success of The Freshman. Each chapter is a short biography of a comedian, generally with the same structure: troubled childhood, an unintentional entry into comedy, some apprentice films followed by a handful of successes, followed in turn by a rapid and premature decline. Comedians are notorious for very brief stays on the top of the Hollywood star hierarchy and Another Fine Mess illustrates this over and over again. Buster Keaton is the archetype of the typical comedian’s career. If you want a contemporary example, you can watch Will Ferrell’s career come apart before your eyes. Ferrell was everywhere for a few years, then he made Semi-Pro. He’s been struggling to rebuild his career ever since, and if history is any indication, he won’t ever star in a major film again.

Austerlitz has seen Semi-Pro, naturally, and he doesn’t like it. (He calls it an “unpleasant drag.”) Throughout the book Austerlitz offers his opinion of every film he’s seen. He dismisses Mel Brooks’ films The Producers and Blazing Saddles as “overrated.” I happen to agree with Austerlitz, but plenty of people will not. Austerlitz serves as an opinionated but engaging guide through American comedians from Mack Sennett two-reelers through Judd Apatow’s Funny People.

Austerlitz, who also wrote a history of the music video, writes conversational and accessible tone, and Another Fine Mess is clearly intended for a general audience. More experienced cineasts, however, might want a more systematic consideration of comedy in American film history. For example, Preston Sturgis seems even more subversive when he’s considered in the context of wartime Hollywood’s abashedly nationalistic products that verged on the propagandistic. Sturgis offered audiences a vision of a corrupt, ridiculous, but often vital people whose chief flaw is a profound lack of self-knowledge. Comedy suffered a setback during the 1950s, when widescreen became more prevalent and the national mood succumbed to the depressive atmosphere of the early Cold War. The verbal wit of the 1930s comedies was replaced by excellent production values of the 1950s—not a happy trade-off.

Austerlitz does succeed in accomplishing his goal of showing us the rich variety of American film comedy. If you read Austerlitz’s discussion of Buster Keaton’s The General, among the greatest comedies in American film history, and you’re still not moved to watch it, then may you be cursed to watch Semi-Pro over and over again.