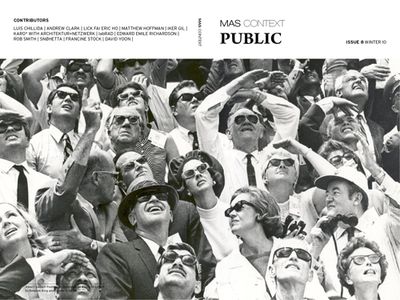 MAS Context’s latest issue looks at the idea of the public, a vexed concept with a rich and complex history. Two definitions of the public emerge in the journal’s eighth issue. The first is the public as a collective, something more defined than a mass but broader than a crowd. The public sphere, a distinct concept, would fall under this category. The second definition concerns the spaces at once clearly demarcated yet accessible to all. 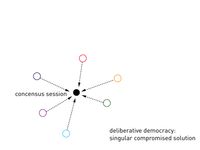 Lick Fai Eric Ho, in his “Open Manifesto for Mass Creation,” wants to use the former to build the latter. He calls for a “collaborative creativity” in which “bottom-up and original ideas can challenge preconceived notions of what architecture is and can do,” particularly standard-issue architecture that is “increasingly bland and overwhelmed with sameness.” In other words, collaborative architecture would be a cross between Creative Commons and crowdsourcing. Similar ideas have been percolating for a while. Belinda Tato’s Ecosistema Urbano, for example, is doing something similar. The possibility of a truly collective design is tantalizing, but the obstacles aren’t simply technical or procedural. As the El Peine del Viento in Spain (see below) indicates, public consensus can be prone to error, and I wonder if a new architecture would necessarily emerge from the hive mind.

Sometimes the public wants things to remain the same, as Edward Emile Richardson demonstrates, in his starkly titled essay “Despair.” Richardson traces the social and legal hurdles facing public housing residents in New Orleans after Katrina and HUD bulldozers demolished the city’s four largest public housing projects. Some displaced residents were directed to mixed-income housing funded with grants from HOPE VI (Housing Opportunities for People Everywhere). Others were handed Section 8 vouchers. Ostensibly, the programs allowed people to choose where to live, but neither program accounted for the shortage of eligible units for displaced public housing residents. Cut off from their social networks and housing officials, an untold number of former public housing residents became homeless or left New Orleans altogether.

To rectify the shortcomings of public housing reforms of the 1990s, the Obama Administration has proposed new legislation called PETRA. Richardson is generally positive about the bill. He mainly objects to the proposal to privatize ownership of federal properties. However, even if it’s passed, PETRA is probably too little, too late for New Orleanians, “Their communities have already been torn asunder,” Richardson writes despairingly, “their homes dissolved and reformed into New Urbanist market experiments that have yet to withstand the test of time.” 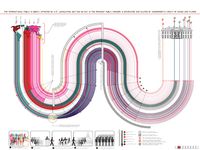 In “White House 2.0” the online architectural coop LabRAD imagines an open-source White House. LabRAD founders Wayne Congar and Arielle Assouline-Lichten assert that the existing White House is “the final and most formidable roadblock prohibiting dialogue between the public and political power players.” White House 2.0 would be wired to receive public sentiment from across the globe in real time. One could imagine, for instance, Malia Obama keeping tabs on Kyrgyzstan, then pestering her father about it like she did the BP spill.

It’s an interesting to note that James Hoban’s 1792 design for White House 1.0 occurred just as an awareness of a “public” began to emerge–not a mass public like we have today, but a body of common readers who are interested in philosophical, scientific and political matters. Enlightenment writers, regardless of their particular beliefs, thought that it was their task to raise this public out of ignorance, superstition and tradition, and to show the people the way to true knowledge based on reason. White House 2.0 marks the moment at which reason moves from the head to the fingertips. Rationality resides in communication and information, a digitized version of Jürgen Habermas’s theory of communicative rationality. The beta version of White House 2.0 can be seen in the WikiLeaks torrent of government communications. 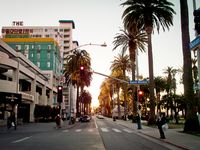 David Yoon reimagines the streets of Los Angeles if they hadn’t been laid out for Cadillacs with giant tail fins. He scrunches together the curbs of the city’s famously wide streets. Sometimes the results are intimate and romantic, like Santa Monica Boulevard (at left). Other times the streets become seedier, like a stretch of Sunset Boulevard in Echo Park. Rob Smith presents a real-life instance of intimate public space in his photographs of everyday life on the streets of Shanghai. 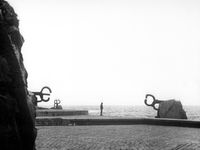 The last features in PUBLIC focus less on high-tech redefinitions of the public and more on old-fashioned phenomenological experiences of space. The El Peine del Viento (Wind Comb) is a seaside park in San Sebastian, Spain, created by sculptor Eduardo Chillida and architect Luis Peña Ganchegui. MAS Context editor Iker Gil interviews Chillida’s son Luis about the genesis of the project, which started in 1966. Chillida notes that there was a great deal of public skepticism about a plan to build a sculpture park by the sea. “‘They are going to place some steel rods in the rocks?'” Chillida quotes. “‘Why don’t they make parking for the beach or a cafeteria?'” Eventually, however, the serenity of the park won over the public. Chillida says, “In the end, it was the project itself that convinced the people of its own worth. Everybody feels that they are part of this project. It has become the emblem of the city, the image of San Sebastian. If you do a project and people don’t like it, they will always question it, but if you make it right, people will embrace it.”

El Peine del Viento wasn’t mentioned anyone’s favorite place in the “What Is Your Favorite Public Space?” feature, which is probably just as well for residents of San Sebastian. Ken Byron wrote in to say his favorite space was Millennium Park in Chicago, also one of my favorites, as is the Piazza del Campo in Siena, cited by David Jimenez. (I contributed an entry too, and longtime readers won’t be surprised by my favorite space.) Somebody known only as Niemann precisely captured the mystery of how public spaces work. His or her favorite public space was Tian’anmen Square in Beijing, a space you’d think only Deng Xiaoping could love: “No trash cans, no amenities, no benches, no landscape, no art, no privacy. Some lighting, many security cameras. But it works.”