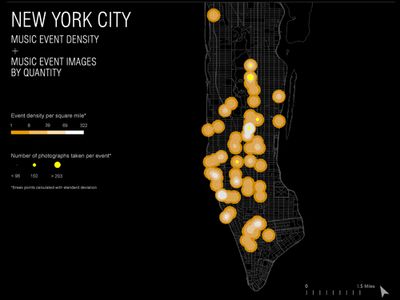 Since I started this blog in 2006, I’ve concluded every year with a review of the year as I saw it as a blogger. I don’t do “best of” lists. Rather, I write about those books, buildings, movies, recordings that will stay with me.

This morning, just before I sat down to write the entry for 2010, I had two experiences that seemed to capture how the world has changed this year, and how it will be different in the coming year.

I was playing with Google’s Ngram Viewer, launched this morning, when I was called into an emergency meeting. In my day job I manage web development projects for a major publisher. Marketing executives called the meeting to inform me that the project I’d been managing since last February, a massive redesign of every website in the company, was being put on indefinite hold. When I return to the office on December 28th, I will start another project: building apps for mobile devices, starting with the iPad.

That my company was leaving behind, or at least de-emphasizing, the desktop Internet was very significant. The iPad launch was the latest step in a general trend that became more prominent this year. Increasingly powerful mobile devices are placing more complex data sets literally in the hands of individuals. At the same time, and perhaps more importantly, these same devices are generating data about how we read, listen, watch, talk, write, walk, drive, run, and fly. All of this data is being transmitting in real time, stored, and processed. Ubiquitous computing, as these technologies are known, are changing how we see the world–and how we shape it.

One of the highlights of the year for me was working with Iker Gil and the MAS Context team. Through them I encountered projects that expanded my understanding of what design can and should do. For example, Belinda Tato and her team at Ecosistema Urbano built an ecoboulevard in a bleak mixed-use development on the outskirts of Madrid. The “eco” part of the project impressed me less than the “boulevard” part. Ecosistema Urbano created an elegant design addressing a complex set of social, technical, and political problems. A smaller-scale yet similarly ingenious projects was featured in the ENERGY issue of MAS Context. Elizabeth Redmond, founder and president of Piezoelectricity, has created the POWERleap, a device that generates electrictity when people walk across it. 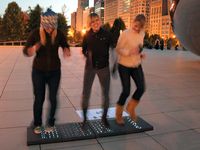 The POWERleap (at left, from MAS Context) and Ecosistema Urbano are both products of a way of looking at cities as complex systems made up of interlocking data sets. A single POWERleap unit doesn’t generating a meaningful amount of electricity by itself, but they can be dispersed in enough places and linked together to contribute significantly to a power grid. The design philosophy of Ecosistema Urbano defines the city as a complex ecosystem in which no one structure can be separated out from its environmental, social, and technological context.

The ecosystem metaphor reflects a new way of seeing cities. In my fumbling way, I was making this point in my contribution to MAS Context’s INFORMATION issue. While researching the essay I was struck by how urban planners and architects have had to rely on imprecise and static data to make design choices. With ubiquitous computing technologies a city bus, a gas meter in a private home, and a middle-schooler texting her friends can become data points contributing to a comprehensive view of a metropolis, or a single city block. Furthermore–and this is the real breakthrough–it’s possible for planners and designers to see how their choices alter behavioral patterns.

The implications of this are enormous. For example, in 2010, for the first time, it has become technologically feasible to craft an advertising message for a single person–that’s you, dear reader. I work in an eMarketing department, and we’re just now coming to terms with this possibility. 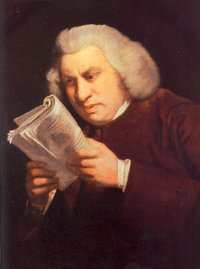 Until you get your own private Internet on your mobile device, you can use your iPad to read 500 billion words written since 1800 on Google’s Ngram Viewer. You can enter any combination of words and see how often they appear over time. For instance, if you want evidence of post-structuralism’s decline, enter “Derrida, Foucault, Lacan” and see how mentions of all three figures have been in steady decline since 1998 or so.  I’m dubious about quantitative approaches to criticism, as are others, but one thing is undeniable: they challenge how we see literature. According to Raymond Williams (in his invaluable Keywords

) “literature” separated itself from “being literate” in the middle of the 18th century with the rise of professional writers such as Oliver Goldsmith and Samuel Johnson. Since then, literature has been tied up with a certain definition of authorship. However, unlike literature professors, machines can read everything available to them. In the data warehouse, literature is just another data subset. An author is no longer a source of meaning. He or she is little more than a keyword for a search. American literature becomes the entirety of imaginative writing produced (and scanned) by Americans. Trust me, the Ngram Viewer technology isn’t just being developed to analyze writing; the totality of image and object production will be searchable too, and very soon. Then the cinema will be Hollywood every cellphone video ever shot–a cinema without directors. Architecture will be every building in the world, from dog houses to supertalls–architecture without architects.

Of course, buildings have been erected for millennia without any involvement from a licensed architect, but architecture as a discipline, with a set of rules and a history, has always revolved around a select number of practitioners and a limited number of buildings. The same holds for the cinema. It’s one thing to consider Robert A.M. Stern’s use of pilasters or Jean-Luc Godard’s jump cuts, but it’s quite another thing to study the pilaster in every building built in post-World War II America or every discontinuous edit in France since 1964.

My blogging practice, I’m starting to see, consists mainly of monitoring data streams. There’s a literature data stream, a film data stream, and an architecture one. Plus, I keep an eye out for anything else that seems interesting.  Here’s what the streams have told me in 2010: 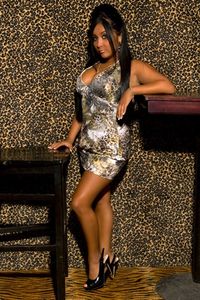 This year isn’t the year of the ebook, but next year might be. LEEDS certification and reality television have become fixtures in the culture, so people aren’t as preoccupied with them as they were in the past. The Social Network and Freedom are this year’s most important film and novel, respectively. Everyone hates Daniel Libeskind. Herta Müller’s Nobel Prize award in 2009 was widely denounced, but she’s drawn international attention to German and Middle European literature. Apichatpong Weerasethakul is this year’s Cristian Mungiu. Everyone wants an iPad, but not because they want to watch feature-length films on them. If Zsa Zsa Gabor was famous for being famous, Snooki and Kim Kardashian represent a new kind of celebrity type: famous because they shouldn’t be famous. Philip Roth has become a national treasure, which is a weird place for him. 3D films and Sarah Palin are still niche products, and current indicators are that they will remain that way, but that could change. The Shanghai World Expo was the most important architectural event in 2010. American independent film is in serious trouble. Jeanne Gang has emerged as a major architect. Francis Ford Coppola’s artistic comeback is never going to happen. But the city of Detroit’s might.