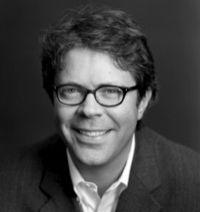 and Allegra Goodman’s The Cookbook Collector

. He starts off by remarking upon the gender politics behind the fuss about Freedom. Men write big brawny Great American Novels, women write little souffles. “The Cookbook Collector’s literary elegance is part of what made the book invisible to a broad public,” Brownstein writes, “while Franzen’s roaring crassness is part of what made his book such a smash. He’s just a lot louder than she is.” This point has been made before, and while I wouldn’t deny the gender bias in the Great American Novel debate, generally speaking loud always overshadows quiet. Name one quietly understated performance that ever won an Oscar best actor or actress award. I’ve read Freedom, but not The Cookbook Collector, Maybe I haven’t paid sufficient attention to Goodman’s prose, which I’ve found well-mannered but a little dull. Brownstein praises her ability to focus attention on her characters, but to my tastes that only raises another problem. A veteran novelist like Goodman should be able to come up with a more interesting main character than a confused Berkeley grad student. Franzen’s characters at least have jobs.

Anyway, Brownstein goes on to offer an explanation for one of the major objections to Franzen’s novel by placing it in historical context. A number of commentators have criticized Freedom for its unlikeable characters. Brownstein responds by citing Franzen’s stated desire to leave behind post-modernist difficulty, like his hero Willian Gaddis. But Brownstein acutely observes that Franzen hasn’t left his hero behind completely.

Thing is, Franzen’s over-the-top satire and his pressing of his characters’ faces into humiliation and into the meaningless void—these things really do derive in Franzen from Gaddis, from a dire, post-Beckett aesthetic. Part of what makes Franzen so exciting to his admirers and so frustrating to his critics is his attempt to wed whacked-out and dark postmodern irony to sympathetic humanist realism.  And in this unlikely marriage problems do arise.  In a crazy-ass postmodern spoof, you can have a character dig through his shit or have an environmentalist join up with a coal company, and this can be part of the cold icy whacky comic mayhem (like in Gaddis’s A Frolic of His Own, a novel about a set of interrelated lawsuits, where the cars are called Isuyu and Sosume). But in a realist novel, this kind of irony can shade into something ugly, can make characters seem plastic and thin and (as Charles Baxter argued) a little stupid.  Franzen’s willingness to abase his characters often reads as if he holds them in contempt.

I think Gaddis is great (A Frolic of His Own

is hilarious), but I can see how he could be a baleful influence on a realist novelist. The lesson to be learned here is that irony remains as much of a problem as it was for T.S. Eliot and Virginia Woolf. It will be interesting to see David Foster Wallace’s final answer to the problem of the post-post-ironic novel when The Pale King