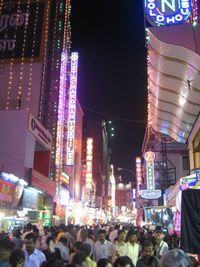 I finally got around to reading Edward Glaeser’s Atlantic Monthly article, “How Skyscrapers Can Save the City,” which is an except from his new book, Triumph of the City: How Our Greatest Invention Makes Us Richer, Smarter, Greener, Healthier, and Happier

. The subtitle tells you pretty much all you need to know about Glaeser’s position. He’s firmly in the density is good camp. Glaeser is an economist, so his position is driven by data, with some interesting extrapolations, most of which lead in one direction, in the Atlantic essay, at any rate. He argues that tall towers allow for lower-density development elsewhere in the city. The skyscrapers of La Défense, for example, allow Paris to remain within its Haussmann-era height limits and still maintain space for economic growth. Here’s Glaeser on Jane Jacobs:

She thought that preserving older, shorter structures would somehow keep prices affordable for budding entrepreneurs. That’s not how supply and demand works. Protecting an older one-story building instead of replacing it with a 40-story building does not preserve affordability. Indeed, opposing new building is the surest way to make a popular area unaffordable. An increase in the supply of houses, or anything else, almost always drives prices down, while restricting the supply of real estate keeps prices high.

This point makes sense, although I wonder if the real estate market really works that way. I could envision a market in which a density of tall residential structures make the older, shorter structures more desirable and therefore more expensive, dispersing creative people into other neighborhoods or into towers. That’s basically what’s happened to Chicago’s Wicker Park neighborhood. Greenwich Village may still be quaint, but it ceased to be a creative center several economic booms ago.

For Glaeser dense cities are economically and socially vibrant places, zones of supreme rationality. But like all economists, Glaeser can analyze general trends, but his insights stop at the contingency of the individual. What is it like on an experiential level to live in a dense city?

The literature on this question is rich and very complex. Generally it supports Glaeser’s fundamental conclusions, but with important qualifications. Rem Koolhaas offers a much broader definition of density in Delirious New York. He calls it Manhattanism, a concept that includes the vast rivers of traffic that flow, slowly, through Manhattan. In his view, skyscrapers are slightly crazy objects , the streets are stages for  strange dreams. The history of the flâneur offers another counter-history of density and its effects on alternative subjectivity. Flâneurs thrived in the anonymity of large crowds until Haussmann’s boulevards and the traffic they brought became too much for the individual stroller. Finally, in 1903 Georg Simmel argued in “The Metropolis and Mental Life” that cities made people smarter, but at the cost of having their pysches bombarded with stimuli.