Last September French President Nicolas Sarkozy announced the establishment of a new museum, the Maison de l’Histoire de France, the country’s first national museum of French history. Recently it was revealed that the museum will be located in Paris’s Marais district in an eighteenth-century neo-classical mansion, the Hôtel de Rohan-Soubise, currently home to the Archives Nationales. The museum is scheduled to open in 2015. 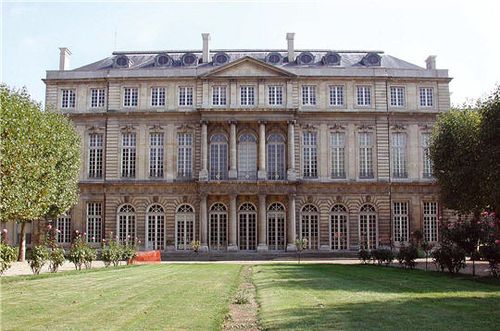 Sarkozy’s choice of words describing the museum raised concerns. The museum, he said, would preserve “l’héritage chrétien de la France, tout en défendant la diversité.” Throughout his presidency, however, Sarkozy has referred to France’s “Islam problem.” Recently he delivered a speech against multi-culturalism.

Opposition came from the “identity is just a construct” crowd, as you might imagine. But what was shocking about the controversy was the opposition from France’s cultural establishment. Pierre Nora, of  l’Académie française, moaned that “aura beaucoup de mal à se remettre de son origine impure et politicienne.” The museum was  “un projet dangereux” huffed a group of archivists and historians in Le Monde.

Sarkozy’s political opponents accused the president of pandering to the right–and to the far right–as he gears up for his re-election efforts. Currently Sarkozy trails far-right National Front candidate Marine Le Pen in the polls by a couple of percentage points. Media outlets from the Australian (“Sarkozy on a loser aping the far right“) to the Jewish Press International (“French Poll Favors Marine Le Pen over Sarkozy, Raises Alarm that Extreme Right is Gaining in Europe“) worry that France is drifting toward fascism.

Michael Kimmelman thinks Sarkozy will ultimately triumph in the surrounding the museum.

Historians may look back on the brouhaha as playing straight into Mr. Sarkozy’s hands, pleasing far-right constituents who clamor for the restoration of French identity, such as it is, while making opponents look like academic snobs. If the Maison de l’Histoire serves its propaganda role before it opens and the president then claims noblesse oblige and allows the museum to evolve into the scholarly, independent institution its organizers promise, Mr. Sarkozy might even someday be included alongside his predecessors as a cultural patron.

The selection of the neo-classical Hôtel de Rohan-Soubise as the site of the new museum will also help to calm the waters. Walter Benjamin described neo-classicism, “grandeur in repose,” which he didn’t mean as a complement. Neo-classicism is always horrified by displays of passion.