Here’s what’s coming to a cineplex near you this year:

This dreary list was compiled by Mark Harris in his GQ article, “The Day the Movies Died.” What killed Hollywood? Top Gun did. 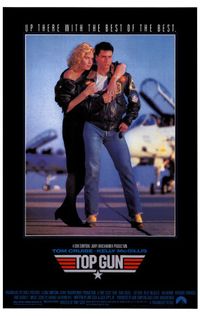 According Harris, the Tom Cruise vehicle was made to be marketed. The entire story could be seen in the trailer. Going to the theater just meant filling in the blanks with action. The same formula now applies to almost every movie Hollywood makes: movies no longer tell stories, they are packages. Marketers are more important than writers and directors, brands are more important than stars.

In a conversation published yesterday A.O. Scott and Manohla Dargis were less dire in their assessment of American cinema. Scott pointed out that the 2011 Oscars demonstrated “2010 was, all in all, a good year for American movies.” Dargis recounted a great story about the producer David O. Selznick being practically suicidal about the state of Hollywood in 1951.

But both Scott and Dargis endorsed Harris’s assertion that story-centered mid-list (to borrow a publishing term) films are getting squeezed by the bifurcation of American cinema into quality small films and tent-pole dreck.

The new issue of Sense of Cinema has two interesting perspectives on the death of cinema debate. Taiwanese director Tsai Ming-liang also blames marketers for the death of quality cinema.

Last year I ran into a senior German director, and he mentioned that in 1984 there was also a sudden rise of criticism proclaiming the death of German cinema. With Rainer Werner Fassbinder’s death in 1982, the whole German film industry went into a different phase. The German government stopped funding art cinema, causing a number of German directors to leave the country. The government’s defense was that film should be made for a general audience, just like Hollywood does. Ultimately, forlorn film critics marked the demise of the New German Cinema. Indeed, we remember Werner Herzog, Fassbinder, Wim Wenders, etc. from the provocative primetime of the New German Cinema, but we hardly remember any great German directors after the 80s. I think this is all connected to marketing. Every country seems to have gone through a similar period of experiencing the death of its national cinema, though the causes might vary. 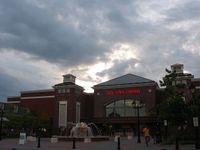 Arthur Knight identifies a wholly unexpected cause of death for the Hollywood cinema.  The cinema is tied to another dying cultural form: the shopping mall. (Click here for the Knight’s observations, then scroll down a bit.) Movie theaters get dragged down with the rest of the failing retails spaces, even in affluent and fast-growing Williamsburg, VA. Not even mixed-use New Urbanist developments help.

Twenty-five years ago Top Gun was marketed to mall rats. Now the mall rats are gone.