Last night I attended Enrique Sobejano’s lecture, which kicked off the Young Architects of Spain exhibition at the Instituto Cervantes in Chicago. Sobejano explained how an architect generates ideas for a project. As an example he discussed the Madinat al-Zahra Museum and Foundation Offices project, which he designed with his partner, Fuensanta Nieto. Located near Córdoba, Madinat al-Zahra (“beautiful town” in Arabic) was the capital of the Iberian Caliphate. Construction on the town started in 936. It flourish for 80 years, then vanished for a thousand years before its rediscovery in 1910. Nieto Sobejano Arquitectos spent ten years designing and constructing the museum, situated near the center of the archeological excavation. 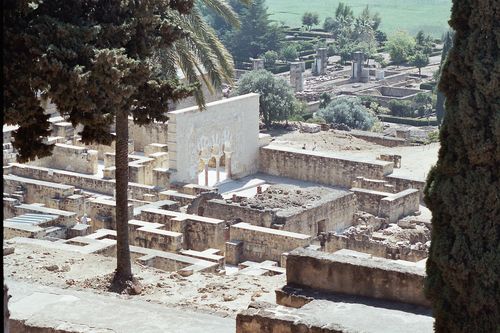 Sobejano intertwined a number of themes that influenced the design of the museum as it evolved. Here are my notes on the themes he touched upon. 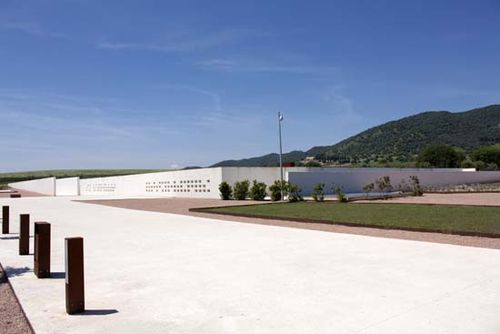 Architecture as landscape: The site is an especially beautiful valley in Andalusia. Nieto and Sobejano wanted to have the museum blend into the landscape, to create a “diffused situation of the natural and the artificial.” The finished building has the profile of an agricultural building: long, low, and white. Much of the building is underground. 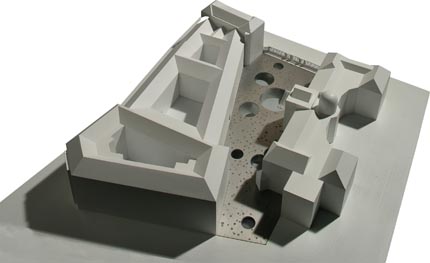 Memory and invention: The architect is Scheherazade, spinning one story out of another, one design idea tumbling into the next project, and then the one after that. “Every work is a mirror of another,” Sobejano said. The inspiration for the exterior of the museum was a series of photographs Sobejano took of a ruin in Syria. In turn, the Madinat al-Zahra project informed another project, the Joanneum museum extension in Graz, Austria, in which Nieto and Sobejano bury another museum, under a small plaza. 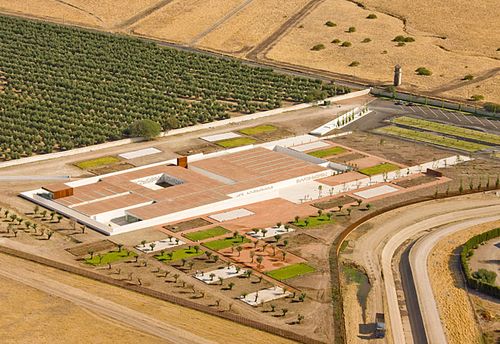 The roof as defining element: Always begin with the roof, Sobejano advises. “The horizontal roof is a document of Modernism.” Starting with the roof is a means of defining space, of seeing the building from above, like a part of the landscape. Light is brought in from above so that it becomes an element defining space and materials. The roof of the Madinat al-Zahra museum is red, a reference to the red used by the medieval Arabic builders of the town and to the red clay of Andalusia. 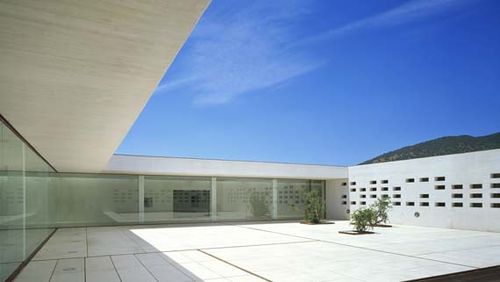 Voids: Starting with the roof means defining voids, all the spaces within the parameter of the building that are open to the sky. Sobejano claimed that the patios were “the real origin of the design.” The patios are sculptural spaces, yet largely empty, at least in the photographs. Even the archeological material intake bays are elegant.

Fragments: For centuries Madinat al-Zahra was a mythical city. No traces of it existed for a thousand years. Now it is being reconstructed piece by piece. The idea of the perfect city, a city of the medieval enlightenment, is being constructed out fragments. Shards of buildings are laid out all over the grounds of the archeological dig, carefully arranged in the rough outline of the original building. The museum is also an assembly of fragments. Sobejano spoke of the facade as a sequence of fragments. The museum is too serene, too harmonious to be an allegory of fragments in Walter Benjamin’s sense, but it’s consistent with Benjamin’s principle of representing an idea through fragments. Repetition: Usually repetition is regarded as something negative, as something boring and unimaginative. For Sobejano repetition is a means of taking a few simple elements and arranging them into patterns “to create the complexity that architecture demands.” Repetition of simple forms is a principle of nature and of traditional Arabic architecture. Nieto and Sobejano’s temporary farmer’s market in Madrid repeated simple elements, transforming a structure with humble purposes (“it’s only temporary, after all,” Sobejano remarked) into something grand, even monumental. Again: begin with the roof. 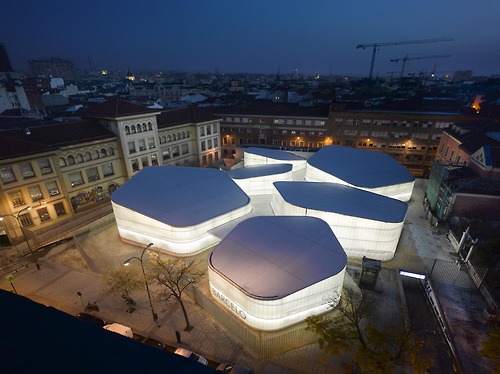 Geometry: The town of Madinat al-Zahra was laid out as an almost perfect rectangle. The town was completely unlike the common image of the tangled spaces of the souq. The town spread through the valley in a series of geometrically precise terraces. Geometry in building design has gotten the reputation for being sterile and boring, but Nieto and Sobejano rely on geometry to deal with complexity. The relationships of mass and void, of roof and landscape are geometrical. 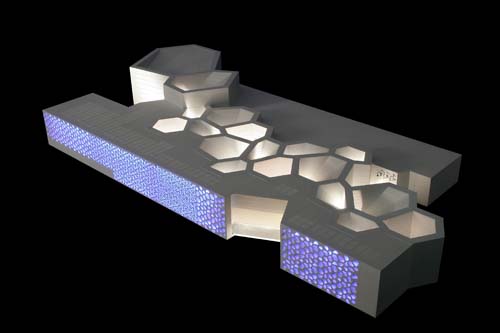 Skin: The exterior walls of the Madinat al-Zahra museum are made of cast aluminum. They are perforated to reflect the patterns of archeological fragments and terraces of the medieval city of ruins. The windows express what’s going on outside the building. The facade expresses what’s going on inside the building. Nieto and Sobejano’s design proposal for a contemporary arts museum in central Córdoba elaborates on the facade of the Madinat al-Zahra building. The Córdoba museum will overlook the Guadalquivir River. The facade will contain LEDs so that it can display moving images. Even in this design architecture is part of the landscape, but in a cinematic rather than painterly way. The museum will sit beside the river like an actress preparing for a take, waiting to be seen.