First of all, a movie you should definitely see if you’re in Chicago.

Tomorrow afternoon I will be attending the screening of Augusto Contento’s documentary about life on the Amazon River, Roads of Water. The screening takes place at 2 PM at the Chicago Cultural Center. Following the screening will be a preview of scenes from the Contento’s Parallax Sounds project, accompanied by an acoustic performance by Ken Vandermark, who appears in the film and provides its soundtrack. The event is free and open to the public.

Saturday’s screening is an unusual film event—live music, a screening of a work in progress. It also contrasts sharply in intent and attitude from what’s happening on American screens right now. 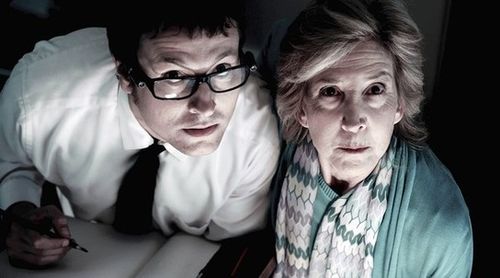 One of the biggest releases this week is Insidious, made by the same people responsible for the Saw series. Not many people have had the chance to see it yet today, but the film makes an impression—both positive and negative.

insidious…wooooow..james wan mad props..havent been spooked out like that from a horror movie in a looooong while..AWESOME film!less than a minute ago via web

Omg insidious is fucking scary.less than a minute ago via txt

A guy at Assignment X liked the film, but still managed to make the experience of watching it unappealing. “Insidious . . . made me sweat. I literally sweat through my shirt to my jacket. This movie had me on edge. I crushed my press notes, which I’ve never done, and saved them as a reminder just of what this movie had done to me.”

Ben Sachs of the Chicago Reader found the film “worthless as a moviegoing experience, inept as storytelling and ugly to look at.” He explains,

Aesthetically, Insidious operates at the level of a decent high school video project. The story transpires mostly in uncomplicated close-ups and medium shots; nothing apart from the most basic visual information (faces, relevant props) registers in the frame or takes hold in your imagination. The sound design, so important to establishing tone in a horror movie, is even less inspired: every potentially scary moment is embellished with an over-amplified shock chord or sound effect that pounds the content into you like a blunt object.

Sachs suggests Insidious should have been released directly on iPhones. “You could keep it on inside your jacket, glancing at the screen whenever a scary shot appeared. In that context the movie might benefit from the fact that it feels less like a movie than the idea of one.”

If sweating profusely while watching a movie on your iPhone doesn’t seem like an appealing experience, you have a few options. One is watching one of the guilty pleasures of Leigh Whannell and James Wan, the writer and director (respectively) of Insidious. The list is idiosyncratic, to say the least. Wan, the Saw auteur, lists Snow White and the Seven Dwarfs and Tangled (“My favorite movie of 2010—it made me cry. I think it’s a masterpiece.”) as two of his guilty pleasures.

Another option is a South Korean revenge film. The seminal film in the sub-genre is Park Chan-wook’s Oldboy.

Kim Jee-woon’s I Saw the Devil was a hit at the Toronto and Sundance film festivals, but it’s been banned from regular public theaters in South Korea. An edited version of the film is in limited release in the U.S. and comes to the U.K. next month. Andrew Lowry describes the film as “a bloody revenge fable, bulging with 360-degree stab-cams, decapitations and lines like, ‘Your nightmare is only beginning.'” Lowry interprets the films as expressions of a general undercurrent of disgruntlement in South Korean society. 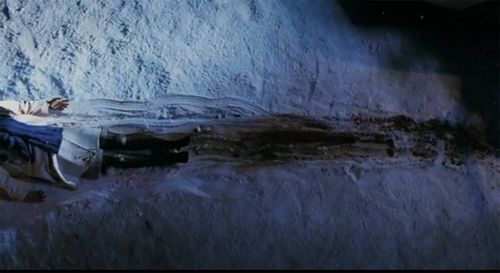 Or maybe you shouldn’t go to the movies at all.

Before launching into reviews of Win Win and The Adjustment Bureau, Stuart Klawans of The Nation pauses to consider if going to any American movie in current release is worthwhile. “I feel the need to think again—to consider whether it might be a good thing that film has stopped being central to American life.” In one of those fits of apocalyptic gloom critics in which sometimes find themselves, he declares,

movies have lapsed into a semi-historical, niche-market status, like Broadway musicals, easel paintings and the books peddled under the dismal name “literary fiction.” When a production in one of these categories rises to true significance nowadays, it’s almost always by accident (as is literally the case with Spider-Man, the Fukushima Daiichi of Broadway shows). But habits of thought die hard. Those of us who maintain a loyalty to fuddy-duddy art forms go on hoping that they will make an occasional demonstration of serious intent—not necessarily a big statement (that would really be old-fashioned) but a gesture of engagement with the larger world, as if they could still make a difference.

Maybe the funk that Klawans, Lowry, and Sach are in will dissipate by the fall, when the Oscar contenders are released. In late winter it can seem that chilly rain and cynically marketed films will be with us indefinitely.

Or Klawans and the others are on to something. According to the LA Times, movie attendance in North America is down 20 percent so far this year compared with 2010.