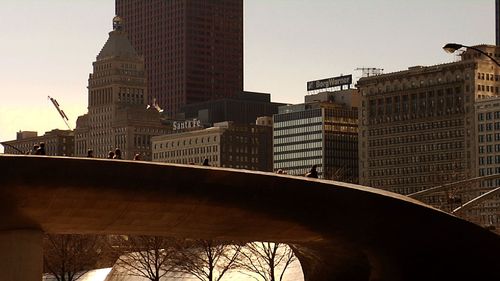 It’s been a very busy week for me. I had to wind up a couple of big projects by today, and tomorrow I start a whole new set of projects with a new employer. My first new assignment is managing an iPad app development project, about which I’m pretty excited. I’m continually surprised at how quickly the mobile space has taken off in the last year, and I can’t resist getting involved in it.

In the meantime, a backlog of blog topics is starting to build up: the new David Foster Wallace novel; Walter Benjamin’s concept of allegorical representation and how it relates to the city of Detroit; a new monograph on the Chicago architecture firm Studio Gang; and a documentary on the social, political, and economic conditions on the Amazon River.

The documentary film on the Amazon, Strade d’Acqua (Roads of Water) is directed by Augusto Contento. Last Saturday I attended a screening of the film, about which I will have more next week. After the screening, the film’s producer, Giancarlo Grande, presented the first highlights from Parallax Sounds, a project by Contento, Grande, and Kênya Zanatta currently shooting in Chicago (still above). Ken Vandermark, who provided the soundtrack for Strade d’Acqua and appears in Parallax Sounds as part of the film’s examination of the post-rock movement in 1990s Chicago, accompanied the screening on a soprano saxophone (below). 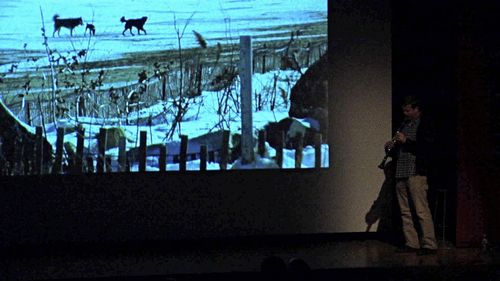 Tonight and tomorrow night the Hideout will be the venue for fundraisers for Parallax Sounds. Musicians appearing in the documentary will perform on the Hideout’s intimate stage for the low price of $10. Friday’s lineup is The Eternals and the Tim Daisy/Ken Vandermark duo. Saturday night’s lineup is the Tim Daisy/ Devin Hoff/ Ken Vandermark trio in its debut performance, the Jeb Bishop/ Tim Daisy/ Nate McBride trio, and AZITA. I will be attending the Saturday performance.

Vandermark is an intense and amazingly inventive performer. He shouldn’t be missed, even if you don’t normally attend jazz shows. I would also highly recommend the guy who sells homemade tamales in the Hideout.