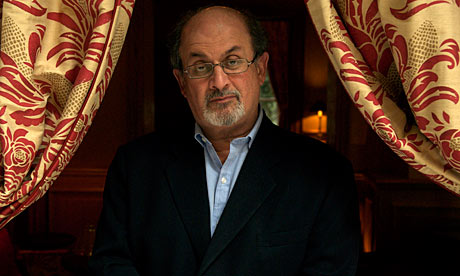 For a while in the 1990s Salmon Rushdie was lauded for being both innovative and politically engaged–a rare and widely-envied combination. He was the king of contemporary post-colonial literature. Now that his creative powers and his wife have deserted him, he’s turned to upscale acts of do-gooderdom. He’s now choosing the books for the bedside tables at the Standard Hotel in New York. Among the books he chose: Walt Whitman’s Leaves of Grass, William Faulkner’s The Sound and the Fury, F. Scott Fitzgerald’s The Great Gatsby, Thomas Pynchon’s V, and Michael Chabon’s The Amazing Adventures of Kavalier and Clay.