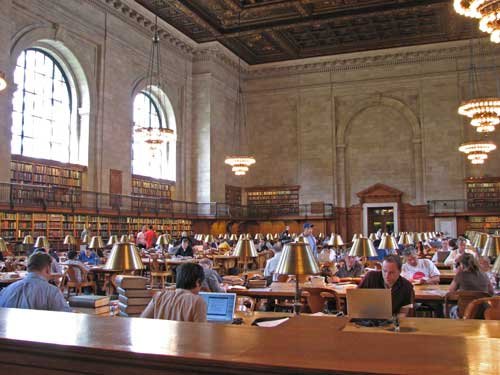 Every Monday through Thursday I cram a ThinkPad, an iPad, two iPhones, a Rhodia notebook, two fountain pens, and a book into a single pannier, and latch it onto my bike. I ride to the train station, ride a commuter train downtown, then drag the saddlebag across the Loop to the building in which I work. My employer allocates work space on the hotel system, meaning that cubicles and offices must be reserved, like hotel rooms. A sign above each desk reminds the occupant to clean out the drawers for the next occupant–not that anyone ever feels at home long enough to put anything in a drawer. At the end of the workday, I have to make sure I pack everything back up. I can’t leave any traces.

On Fridays I work from home, like virtually everyone in my company. I work at the dining room table or on the living room couch. My desk was discarded when I got married. On the next trash day my favorite chair will be put to the curb because my kids broke it. In my work life, which includes writing this blog, I live an increasingly placeless, objectless existence. I’m feeling a little incorporeal myself. A room of one’s own? All I have is a 1,400 cubic-inch saddlebag.

Partly this is a consequence of my job; I manage a team that builds mobile apps. The mobile space, as people refer to it, originated as a between space, between office and home. One checked one’s Blackberry, pecked out a response, and that was about it. For me mobile is a destination. It’s where I go to work. I’m permanently in transit, never quite arriving anywhere, only circling back.

You might think I long for a book-lined study. That would be nice, but I’m perfectly happy working in a public library. On Fridays I will sometimes bike to my local library and set up my laptop. The Wilmette library has those great big wooden tables, chairs that are comfortable to the right degree, and a strong wi-fi signal. There’s something calming about working in a space that is quiet, yet occupied by other people. I always feel at home when I’m surrounded by books, even when they’re not mine. It’s for these reasons, I’m certain, Walter Benjamin spent 13 years scribbing notes for his Aracades Project in the Bibliothèque nationale in Paris. It was his room of his own.

Whenever I’m in a public library there are other people working on laptops just as I am. When you think about it, it’s remarkable that in the age of cloud computing people still lug their laptops to the library.  Salon’s Laura Miller noticed the same phenomenon in the main branch of the New York Public Library on Fifth Avenue.  The oak tables in the Rose Main Reading Room (image above) have power outlets and half of them are occupied by people with laptops. “Yes, they have laptops and yet they’ve come to the library,” she exclaims. (Emphasis hers.)

Sure, the New York Public Library has great objects in it–books and Charles Dickens’ letter opener and things like that–but perhaps its most important offering is peace and quiet. Conservatives here and in the U.K. are trying to slash library budgets because, they argue, the Internet has rendered libraries obsolete. Miller argues that libraries remain relevant because they offer quiet.

Access to a little peace and quiet is as essential to a humane society as access to parks and art. That’s not something the Internet is ever going to be able to give us. It can only be found in a real, not a virtual, place, which is what libraries have always been and what we all still need them to be.

So for this Fun Friday I encourage you to go to your local public library with your laptop or your Kindle (I’ve seen people reading Kindles in the library) or your iPad or even your own book. You’ll most likely find it’s just loud enough to drown out the electronic noise of your device, but quiet enough to allow to you think.

If you’re in New York, stop by the main branch of the Public Library, which is celebrating its 100th anniversary next week with a series of events.