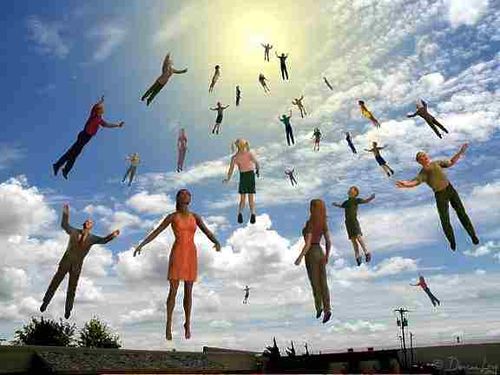 If one Googles long enough you could find a reading list for every occasion: what to read while waiting for an extremely pissed off Israeli prime minister to arrive, for instance, or while under house arrest in a $14,000 a month apartment on the Upper East Side. Here are two more reading lists, one if you’re pregnant, and one to prepare for the Rapture this weekend. (It’s one list or the other, both not both.)

If  What to Expect When You’re Expecting

isn’t neurotic enough for you, the newly pregnant Edan Lepucki has a reading list that begins with Rosemary’s Baby by Ira Levin. “Every pregnant woman wonders, at least once,” Lepucki writes, “if she’s got the devil’s spawn growing inside of her.” Carolyn Kellogg offers “The Last-Minute Rapture Reading List.” The list includes The Book of Revelation for Dummies, the Bible (“Go back to the source,” Kellogg recommends), and The Inferno (“Once you’re done with this, you’ll want to be saved.”).

Regular readers of Maud Newton’s blog and other writings know two things about her: she’s a very nice person and she grew up in Florida, which practically guarantees an upbringing with some weirdness in it. The Rapture coincides with her 40th birthday, and her stomach is churning:

though I don’t expect the End of the World to be set in motion this Saturday night, I wouldn’t be entirely surprised if it were. Fatalism comes easy when you grew up bracing for the apocalypse, being told that that, sometime very soon, probably next year but possibly tomorrow morning, a fiery mountain would fall into the sea, the oceans would turn to blood and then the moon would, and soon after that a third of all living things on the earth would die. Never mind homework, forget the boy you had a crush on, it would be best to turn down the lead role in the school musical, for there was no time to waste. Jesus could return at any moment, that was the crucial thing, and it was our duty to spread the word. Also, to repent, because if you hadn’t been forgiven for every sin you’d ever committed, no matter how tiny, even if you didn’t know it was a sin, you’d be regrettably yet decisively Left Behind.

More of Newton’s frettings can be found on the Awl. 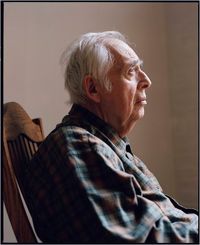 Harold Bloom, I’m pretty certain, has other weekend plans besides strolling the golden streets with angels. “For me, Shakespeare is God,” he tells the New York Times on the occasion of the appearance of his latest book, The Anatomy of Influence: Literature as a Way of Life

. Outside of The Anxiety of Influence

and a few remarks on Shakespeare, his influence among his fellow English professors is virtually nil, but what a life of reading. Sam Tanenhaus has a long profile of the 80-year-old Yale professor, complete with a moving video interview.

Walter Benjamin also wouldn’t be moved by any of the Rapture nonsense, but nevertheless he had a keen interest in historical periods in which people sometimes longed for the world to come to an end. The German mourning play, or Trauerspiel was an expression of the anguished uncertainties of the seventeenth century. Harvard University Press is publishing a collection of Benjamin’s Early Writings (1910-1917)

. Before Benjamin descended into the gloom of the Trauerspiel he was a fervently optimistic member of the German Youth Movement in the years before World War I. Benjamin’s early essays are audacious and muddled as he exorts his fellow youth to rebel against the stiffling culture of pre-war Germany.   One can glimpse the mature Benjamin in these writings, especially when he starts to write about literature.