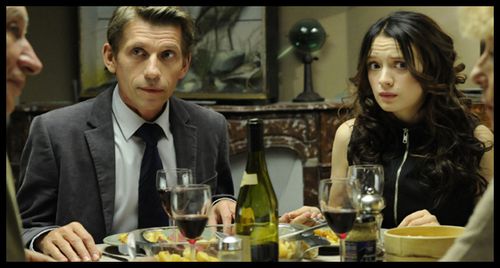 The Names of Love is an enjoyable enough movie, but it’s hard not to see it as a sign of the decline of French political philosophy. The film is a farce about a young woman who is the offspring of an Algerian and a French radical. She’s a Marxist libertine who makes a point of sleeping with every first date, even if he’s a fascist. (Principle before pleasure, I guess.) Much of the comedy comes from French identity politics involving Jews and Algerians. The comedy is arch in the French manner–at once withering and resigned. Toward the end, however, Michel Leclerc, who also wrote the screenplay with Baya Kasmi, succumbs to glibness and sentimentality when he resolves all the film’s knotty political issues with a Jewish-Algerian coupling. One would expect this sort of thing from an American movie from the 1990s, but not at this moment from a popular culture supposedly open to philosophical discourse.

Jean-Paul Sartre never resorted to the marriage plot. Evidently it’s no longer necessary for a bourgeois French leftist to at least pretend to have read Alain Badiou. The Algerian war is just another reference tossed off by a hipster.