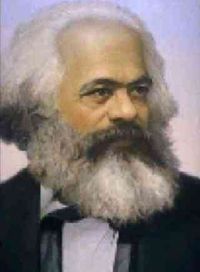 For a while back in 2009 Karl Marx had made something of a comeback. The entire global economic order was in danger of collapsing and flustered economists started wondering out loud, What if Marx was right?

The literary and cultural critic Terry Eagleton asks the same question. He opens his new book Why Marx Was Right by asking, “What if all the most familiar objections to Marx’s works are mistaken?” Listing the objections alone is a book-length project, and it would have to cover everything from Stalin to the Khmer Rouge Year Zero to the Trabant. On the other hand, capitalism isn’t looking so healthy these days. Eagleton writes, “the system has ceased to be as natural as the air we breathe, and can be seen instead as the historically rather recent phenomenon it is.”

Eagleton is most convincing when he talks about the early, humanist Marx–the Paris Marx of the Economic and Philosophical Manuscripts rather than the later, grindingly dialectical Marx of Capital. Eagleton points out that Marx wasn’t always the scourge of the bourgeoisie.  “As long ago as the mid-19th century, he is to be found writing of the ‘constantly growing number of the middle-classes’ … men and women ‘situated midway between the workers on the one side and the capitalists on the other.'”

Yet Eagleton fights most of his battles for Marx on enemy territory, reputing, one by one, each of the major objections to Marx’s political and economic thought. Eagleton can write with verve and wit, but he’s set a rather dreary and perfunctory task for himself here, turning himself into one of those hapless mutterers who are the last of the Marxist vanguard in the academy. It would have been more interesting to update Marxist thought for the digital age. The need for an updated Marxist macroeconomics is patent in one small line from Paul Krugman’s Return of Depression Economics: “In the early 1970s, for reasons that are still somewhat mysterious, growth slowed throughout the advanced world.” And growth had stayed slow, for reasons that remain a baffling mystery. We already know tax cuts aren’t the answer. Maybe the question should be, Why not Marx? What do we have to lose?