It’s been a crazy summer for me: 18-hour days managing an iPad app development project. Let me tell you, iPad apps may be easy to use, but they’re difficult to build. Fortunately, the project will be completed by the end of this month. Here’s what I will be doing with my free time next month: 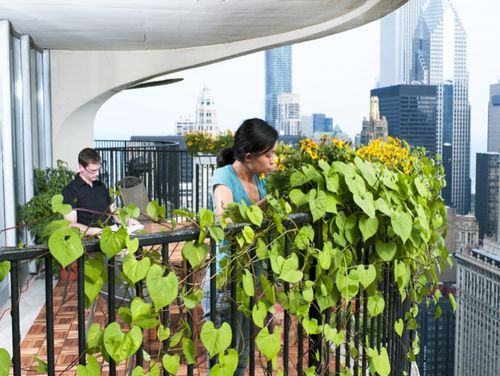 Anyway, first off this week MAS Context editor and Chicago architect Iker Gil, working with photographer Andreas E.G. Larsson, have completed their project “Inside Marina City.” Their project examines the lives of the residents of Chicago’s Marina City, designed by Bertrand Goldberg, the architect of the imperiled Prentice Women’s Hospital. Overshadowed a bit now by the behemoths erected around it (I’m thinking of you, Trump Tower), Marina City was a radical experiment in urban residential architecture when it was completed in 1967. “Inside Marina City” shows how people have adapted the buildings’ unusual spaces for their own purposes and tastes. Originally billed as a “city within a city,” Marina City as seen through Gil and Larsson’s eyes is still a microcosm of middle-class urban life.

There are three more days to contribute to the Kickstarter campaign for Parallax Sounds,  a documentary film about Chicago’s architecture and its relationship to the post-rock movement of the 1990s. The film features director Augusto Contento’s trademark languid tracking shots in which key figures in the city’s 90s music scene–Steve Albini, Ken Vandermark, Ian Williams, David Grubbs, among others–reflect on how Chicago’s physical and cultural environment shaped their music. In this scene Ian Williams ((Battles, Storm & Stress, Don Caballero) describes his fascination with the city’s grid system. 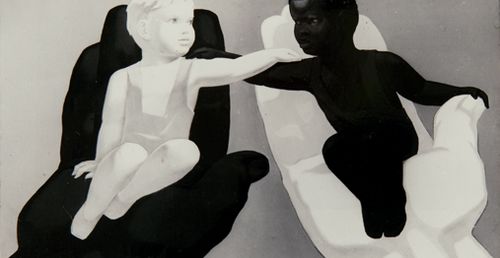 The Smart Museum of Art at the University of Chicago will exhibit the work of the postwar Soviet artist and designer Viktor Koretsky (1909–1998). During the chilliest period of the Cold War Koretsky developed an idiosyncratic form of post-Socialist Realism depicting human suffering on a global scale–including within the Soviet Union itself. “Vision and Communism” features more than ninety of Koretsky’s posters, photographs, and maquettes. The exhibition runs from September 29, 2011 through January 22, 2012. The exhibit is part of  The Soviet Arts Experience, a citywide event showcasing the art and culture of the Soviet Union.